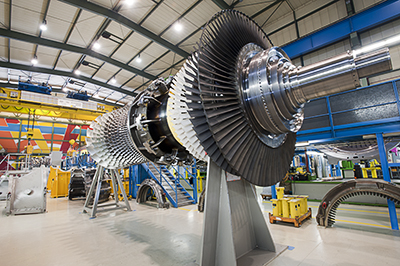 Since the spring of 2015, Siemens has received orders for six model SGT6-8000H gas turbines from Mexico.

Siemens has received an order to supply two SGT6-8000H gas turbines and two SGen6-2000H generators for the Empalme II combined cycle power plant in Sonora, Mexico. The plant will have an installed electrical capacity of 791 megawatts (MW).

The customer is a consortium consisting of the Spanish engineering and construction companies Duro Felguera and Elecnor and the Mexican subsidiary Elecnor Mexico. The operator of the plant will be the state-owned power provider Comisión Federal de Electricidad (CFE).

Commercial operation is scheduled for April 2018. Additionally, Siemens will provide technical assistance during construction and commissioning of the plant. Since the spring of 2015, Siemens has received orders for six H-class gas turbines from Mexico.

“CFE is becoming a pioneer in the integration of environmentally-compatible and resource-saving power generation solutions in Latin America. With these steps, Mexico will become an energy hub in the region and a reference for other similar projects”, declared José Aparicio, Vice President of the Siemens Power and Gas Division for Latin America.

These four power plants have a combined electrical capacity of 2,727 MW, enough to supply one million households in Mexico with electricity. Siemens has sold 76 H-class gas turbines worldwide to date. The SGT-8000H fleet, with 16 units currently in successful commercial operation, has already achieved more than 195,000 fired hours.