Home / Power and Electrical Engineering / Next gen solar cells perform better when there's a camera around
09.04.2020

Next gen solar cells perform better when there's a camera around 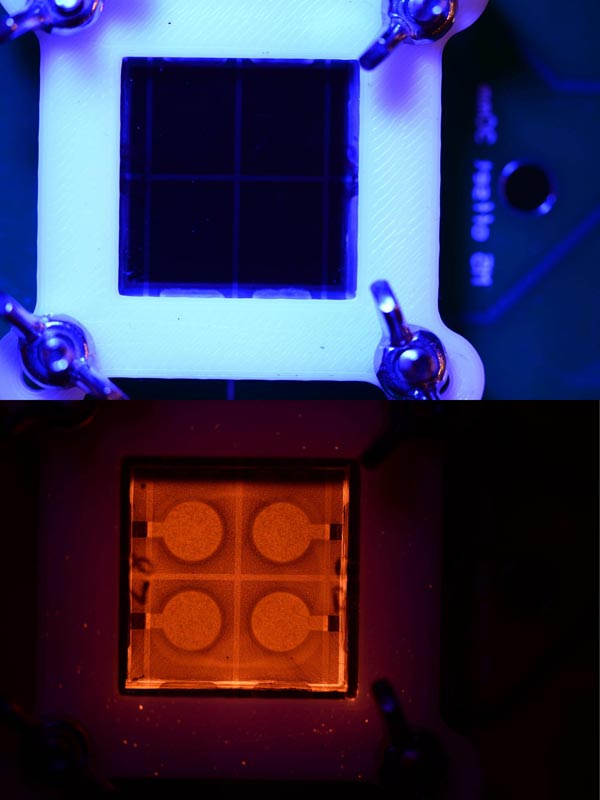 A literal “trick of the light” can detect imperfections in next-gen solar cells, boosting their efficiency to match that of existing silicon-based versions, researchers have found.

The discovery opens a pathway to improved quality control for commercial production.

On small scales, perovskite solar cells – which promise cheap and abundant solar energy generation – are already almost as efficient as silicon ones.

However, as scale increases the perovskite cells perform less well, because of nanoscale surface imperfections resulting from the way they are made.

As the number of unwanted tiny lumps and bumps grows, the amount of solar power generated per square centimetre drops off.

Now, however, Australian researchers have come up with a solution – using a camera.

In a paper published in the journal Nano Energy, first author Dr Kevin Rietwyk and his colleagues from Australia's ARC Centre of Excellence in Exciton Science, Monash University, Wuhan University of Technology and CSIRO Energy, describe how critical imperfections invisible to the naked eye can be detected by shining blue light onto the cells and recording the infrared light that bounces back.

The technique employs a property of solar cells called “photoluminescence”.

This is the process by which an electron inside a molecule or semiconductor is briefly powered-up by an incoming photon. When the electron returns to its normal state, a photon is spat back out.

Microscale flaws alter the amount of infrared produced. Analysing how the extent of the light emitted from the solar cell varies under different operating conditions gives clues to how well the cell is functioning.

“Using this technique, we can rapidly identify a whole range of imperfections,” said Dr Rietwyk, an Exciton Science researcher based at Monash University.

“We can then figure out if there are enough of them to cause a problem and, if so, adjust the manufacturing process to fix it. It makes for a very effective quality control method.”

Equivalent checking methods are common in silicon cell manufacture. By employing an innovative light modulation, Dr Rietwyk and colleagues have designed a new approach that rises to the challenges posed by next-gen cells – opening a pathway to a scalable and potentially commercial device.

Senior author Professor Udo Bach, also of Exciton Science and Monash University, said the team had performed successful test runs on batches of small research cells. The technology, he explained, will be simple to scale up and commercialise.

“This research shows clearly that the performance of perovskite solar cell devices is influenced by the number of small imperfections in the cells themselves,” he said.

“Using light modulation to find these flaws is a quick and robust way to solve the problem – and one that should work on any level of production.”