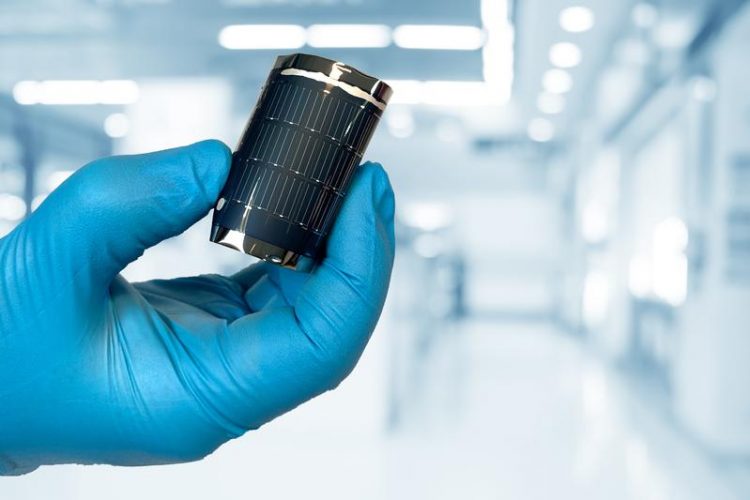 Never before has such an efficient flexible CIGS solar cell been built. Empa researchers achieve an efficiency of 20.8% for the first time - breaking their own record. Empa

Flexible solar cell with unprecedented efficiency: The Empa Laboratory for Thin Films and Photovoltaics, headed by Ayodhya N. Tiwari, has broken its own record. The researchers improved the efficiency of energy conversion in CIGS solar cells on flexible polymer substrate to 20.8%.

This is 0.4% higher than the previous mark – which is held by the same group. The technology of choice is copper indium gallium diselenide (Cu(In,Ga)Se2) or CIGS, which enables the manufacture of flexible, lightweight solar cells on polymer films.

The technological achievements and scientific findings are described in the special issue “Excellence in Energy” of the journal “Advanced Energy Materials”.

The new record is the result of a combination of three major improvements, explains Romain Carron, head of CIGS research at Empa's laboratory. “First, we have carefully adjusted the chemical composition of the absorber layer to improve its electronic and optical properties.

Then we developed new methods for alkali metal doping. And finally, we have adapted the properties of the absorber-buffer interface to improve cell performance.” In particular, Shiro Nishiwaki's meticulous work was essential to improve the performance of the cells, says Carron.

Flexible CIGS solar modules are already commercially available, in particular from the Empa spin-off Flisom, which was co-founded by Tiwari. “Such high efficiency as we have now achieved in our laboratory demonstrates the potential of the technology. Future developments will be aimed in particular at transferring our new process from laboratory to industrial scale in order to increase the power generation and profitability of photovoltaic systems,” says Tiwari.