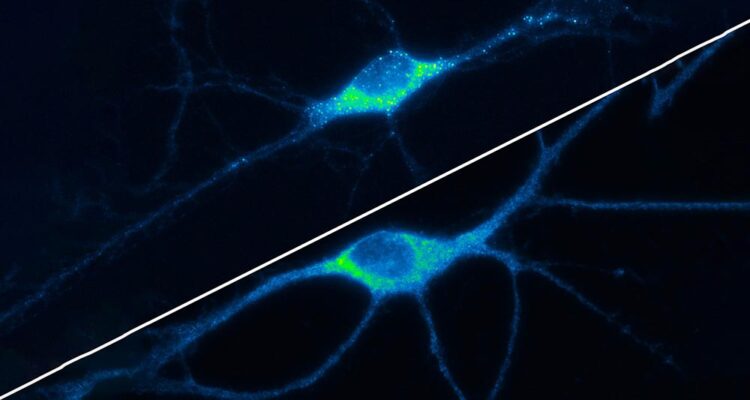 LMU scientists have shown that small aggregates function as temporary RNA repositories, which are regulated by neural activity.

Cells constantly have to adapt the level of activity of certain genes to specific requirements. This applies particularly to neurons, where synapses have to be repeatedly re-formed, re-wired, and restructured. For these processes – without which learning and remembering, for example, would not be possible – messenger molecules (mRNAs) deliver protein blueprints to the right place at the right time.

The researchers investigated granules containing the RNA binding protein DDX6. It was already known that this protein is an essential component of the granules and that it can regulate translation – that is to say, the conversion of genetic information into proteins. “We used DDX as a marker to investigate the regulation of these granules under physiological conditions in neurons,” says Karl Bauer, lead author of the study.

The researchers were able to demonstrate both in cell cultures and in an animal model that the size of these granules diminishes while the neuron matures, but that their number increases. “This suggests that the granules dissolve and that their components are redistributed in the cell,” says Bauer. “In an independent study (back to back in the same issue), our cooperation partner in Nice, led by Prof. Florence Besse, managed to demonstrate that these RNA granules take on important roles in the further life of an organism, all the way through to physiological aging.”

As neurons mature, their synaptic activity increases exponentially. This being so, the researchers suspected that there was a correlation between neural activity and the size of the RNA granules. Further experiments confirmed this hypothesis: When the cells were stimulated, the granules shrank; and when synaptic activity was curbed, they got bigger again.

In addition, the scientists discovered that a further RNA binding protein – Staufen2 – also plays a role in the formation of the granules: Without Staufen2, which is involved in mRNA transport in the cell among other functions, the granules did not grow again even when synaptic activity was suppressed. Furthermore, the supply of RNA to the granules was also necessary for growth to take place even when activity was curbed.

Taking all this evidence together, the scientists conclude from their results that DDX6-RNA granules function as temporary “RNA repositories” and are involved in the regulation of neural activity: Specific mRNAs might be brought to the granules by Staufen2 and kept there in an inactive state until they are released when needed.

The authors expect that mRNAs are also regulated in other cell types by the formation of granules. As such, the results obtained here will make a long-term contribution to a first mechanistic understanding of how cells respond to external and internal influences by temporally and spatially regulating mRNAs and their translations.