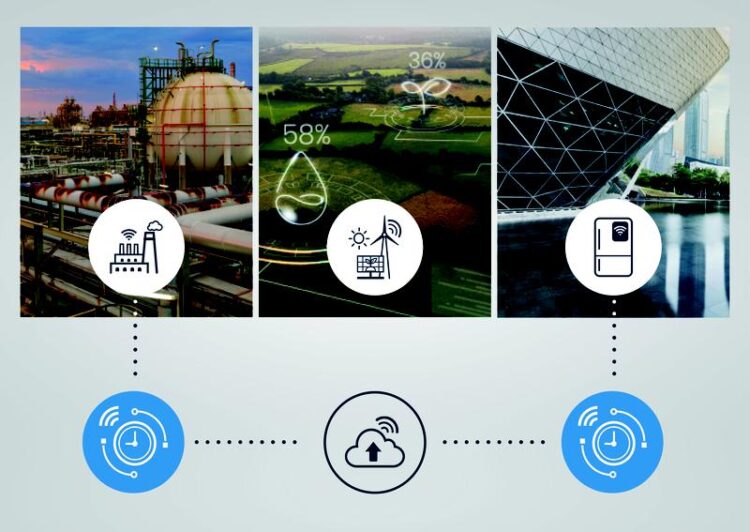 The Deutsche Forschungsgemeinschaft (DFG, German Research Foundation) and the Fraunhofer-Gesellschaft are funding five trilateral projects for the transfer of knowledge from DFG-funded research to industry. The alliance between universities, Fraunhofer institutes and companies is being supported with a total of around 4.5 million euros for the duration of three years. One of the projects is the “MEMS-based parametric amplifier for range optimization of wireless sensor networks”, in which the Technical University of Hamburg together with the Fraunhofer Institute for Photonic Microsystems IPMS and the industrial partner Actemium BEA aim to provide energy-efficient, long-range sensor nodes.

Many sparsely populated regions only have a weak mobile communication infrastructure. In this context, digitization of measuring stations is a major challenge; be it for flood protection or monitoring of groundwater/water, forest fire, construction, infrastructure or terrain as well as in digital agriculture. Especially the radio interface for sensor networks with cloud applications or centralized measuring stations is often range-limited, which makes coverage in highly decentralized scenarios difficult.

Problems include the distances to be covered and the efficient use of limited battery capacity at remote locations without a central power supply. In many cases, decentralized energy generation, e.g. with the help of photovoltaic cells, can ensure self-sufficient operation in the long term. But especially in industrial use, there are many applications where solar energy or other sources are not available in sufficient quantities, or size and weight limitations prohibit concepts for energy harvesting. Therefore, there is a great need for purely battery-powered wireless sensor nodes that still guarantee a long runtime. At the same time, the individual measuring points are often widely distributed, which represents a high energy requirement for transmission and reception.

A basic research-oriented project has already delivered initial results for solving these challenges. In the new joint project “MEMS-based parametric amplifiers for range optimization of wireless sensor networks”, TU Hamburg, Fraunhofer IPMS in Dresden/Cottbus and Actemium BEA in Spremberg have joint forces to bring the idea to application. The core of the project, which is funded by the DFG and the Fraunhofer-Gesellschaft, is an energy-efficient sensor node. Since the wireless interface causes the highest energy demand of all the components, this is the focus of the project. “This is why we at Fraunhofer IPMS are developing an efficiency-optimized amplification element. This microsystem, manufactured in silicon, will be integrated into the receiver developed by TU Hamburg. This would solve the two biggest challenges—energy consumption and range,” explains Dr.-Ing. Christine Ruffert from Fraunhofer IPMS. “Our industry partner Actemium BEA will demonstrate the applicability of this system on its automation systems and machines, for example in conveyor technology for open-cast mining or at decentralized measuring points. This gives the company the opportunity to participate in innovative research at an early stage,” Ruffert continues.

Based on an optimized system approach, an innovative, power-saving amplifier technology is specifically added to the radio interface by the Institute of High Frequency Technology at TU Hamburg. This will increase the range of the wake-up receiver (WuRX) designed in the DFG predecessor project (FOR 1508) in an energy-efficient way. The basic idea is to generate energy for the amplifier from a high-frequency electromechanical excitation. Therefore, a mechanical MEMS oscillator is being developed at Fraunhofer IPMS. The new technological approaches are intended to expand the technical usability and thus pave the way towards commercialization of the system.

Possible sectors of commercial exploitation include digital agriculture and mineral resource extraction, but also environmental monitoring and equipping white goods (such as refrigerators, dishwashers, washing machines) with this novel efficient radio and signal processing platform. The platform can be integrated into almost any application where large amounts of data are to be generated and transmitted, and can even take over the sequence control of downstream sensor technology if required.

About Fraunhofer IPMS:
The Fraunhofer Institute for Photonic Microsystems IPMS stands for applied research and development in the fields of intelligent industrial solutions, medical technology and improved quality of life. Our research focuses on miniaturized sensors and actuators, integrated circuits, wireless and wired data communication, and customized MEMS systems.