Home / Physics and Astronomy / Unravelling the mystery of gamma-ray bursts
20.11.2014

Unravelling the mystery of gamma-ray bursts 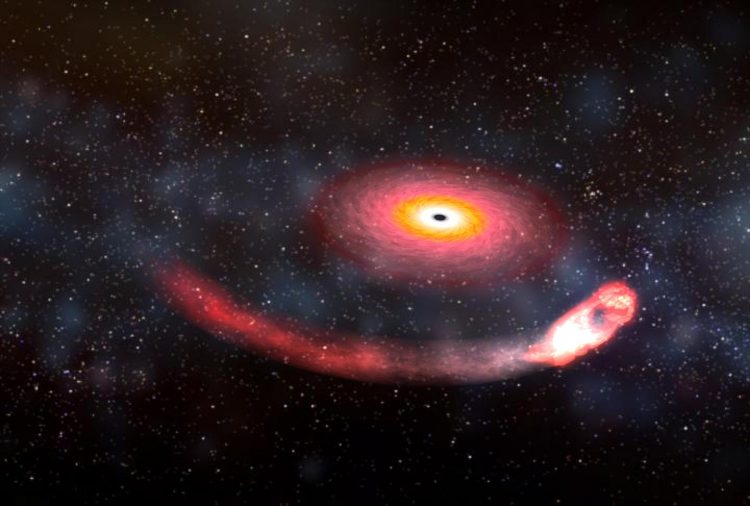 This is an illustration of how a neutron star might orbit a black hole. Credit: NASA

Researchers at Cardiff University are trying to work out the possible sounds scientists might expect to hear when the ultra-sensitive LIGO and Virgo detectors are switched on in 2015.

It's hoped the kilometre-scale microphones will detect gravitational waves created by black holes, and shed light on the origins of the Universe.

Researchers Dr Francesco Pannarale and Dr Frank Ohme, in Cardiff University's School of Physics and Astronomy, are exploring the potential of seeing and hearing events that astronomers know as short gamma-ray bursts.

These highly energetic bursts of hard radiation have been seen by gamma-ray satellites such as Fermi and Swift, but the exact origin of these quickly disappearing flashes of gamma-rays remains unknown.

“By picking up the gravitational waves associated with these events, we will be able to access precious information that was previously hidden, such as whether the collision of a star and a black hole has ignited the burst and roughly how massive these objects were before the impact,” explained Dr Ohme, who has focused his research on predicting the exact shape of the gravitational wave signals scientists are expecting to see.

Dr Pannarale added: “A possible scenario that could produce gamma-ray bursts involves a neutron star, the most compact star in the Universe, being ripped apart by a black hole while orbiting it. The remaining matter would be accelerated so much it could cause the energy bursts we are observing today.

“In some cases, by observing both electro-magnetic and gravitational wave signatures of the same event, we will be able to better understand the behaviour of material in the highest density region we know in our Universe, so that we will start to rule out various theoretical models that have been proposed but cannot be tested otherwise.”

The results of Pannarale and Ohme have been published in Physical Review Letters: http://journals.aps.org/prl/abstract/10.1103/PhysRevLett.113.151101

Second order optical merons, or light pretending to be a ferromagnet