Detecting signs of disease even earlier with MRI 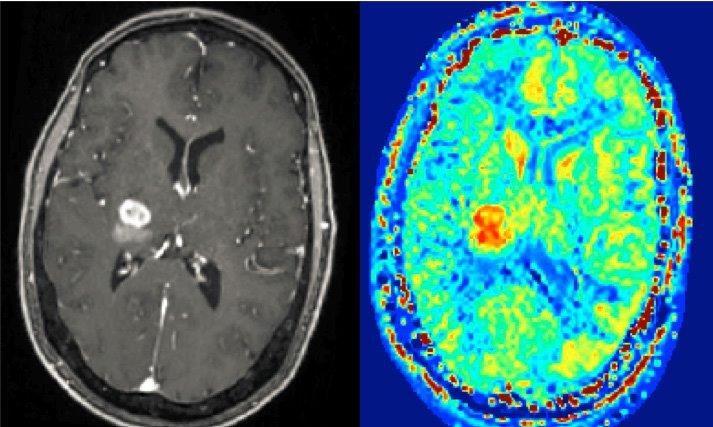 Researchers at FAU and the Graz University of Technology are hoping to improve the imaging of cell metabolism using a special technique.

The use of magnetic resonance imaging (MRI) in modern medicine allows accurate imaging of the soft tissue in the human body, thus enabling changes such as tumours to be diagnosed. However, several medical conditions cause changes to occur in the cell metabolism before substantial changes to the structure of the tissue can be detected with MRI. A team of researchers at Friedrich-Alexander-Universität Erlangen-Nürnberg (FAU) and Graz University of Technology, are now working on a method of making these changes to cell metabolism visible at an earlier stage, making an important contribution to the early detection of diseases using MR biomarkers.

The project has received 650,000 euros of funding from the German Research Foundation (DFG) and the Austrian Science Fund (FWF).

In contrast to x-rays, which produce images of bone structure, magnetic resonance imaging is a very important diagnostic tool which can produce images of various types of tissue in the human body with a high spatial resolution. This is due to the fact that the magnetic field in the MRI scanner can be used to measure protons in the core of hydrogen atoms with spatial resolution, and therefore also human tissue, which consists mostly of water.

For the purposes of early diagnosis of certain diseases, the ability to identify changes in tissue at a stage where only irregularities in the cell metabolism have occurred would be particularly important, especially as these irregularities are typical early signs that there is something wrong with the cell. The ability to also generate 3D images of cell metabolism and thus the capacity to determine the creatine content or the pH value of certain parts of the tissue would be an enormous step forward for the field of medicine. Such values often act as biomarkers, or measurable clues in the body for certain diseases.

In theory, magnetic resonance imaging could be used for this purpose, especially the latest generation of powerful high-field MRI scanners with field strengths of seven tesla and above. The various molecules present in the structure of cells or in cell metabolism, such as protein and metabolic by-products (so-called metabolites), also contain hydrogen atoms, albeit it at a significantly lower concentration than in water itself. One approach is so-called CEST MRI, or chemical exchange saturation transfer MRI, a process that utilises the chemical process of proton exchange to increase the sensitivity of the MRI scanner to such an extent as to allow it to detect low concentrations of hydrogen protons in proteins and metabolites. What’s interesting about the CEST MRI method is the fact that it is non-invasive and does not require any contrast agents.

However, there are still some barriers to overcome before CEST MRI can be used as standard in diagnostics. It is very time consuming to collect enough data during this type of scan and could therefore be overwhelming for patients. The problem of how to analyse the large amounts of data produced and the optimum control of the CEST MRI scanner, where researchers use radio frequency signals, have not yet been solved.

Prof. Dr. Moritz Zaiß, Professorship for Multi-Modal Imaging in Clinical Research at FAU, and his colleagues from the fields of physics, radiology, engineering and mathematics are taking two approaches simultaneously. On the one hand, they are attempting to develop exactly the right radio frequency signals, while on the other, they are hoping to cut the time required for a scan down to less than one tenth of the current time by using novel measurement and reconstruction processes. They are using the ultra-high-field MRI scanner Magnetom Terra, which researchers at FAU and Universitätsklinikum Erlangen helped to develop. The researchers thus hope to make a decisive contribution to improving how molecular information is recorded using MRI, making it more patient friendly and creating a basis for a wide range of clinical applications in biomarker imaging and precision medicine.