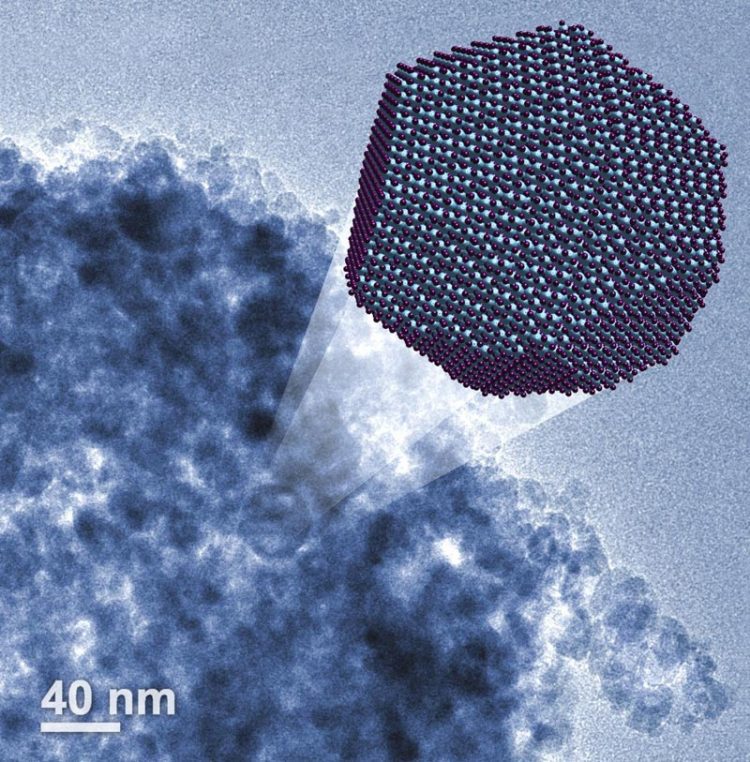 High temperatures and pressures, processes lasting for even dozens of days. Current methods of producing nanometer-sized alumina, a material of significant industrial importance, can hardly be called ideal. The product itself is also far from ideal. Meanwhile, scientists from the Max-Planck-Institut für Kohlenforschung (MPI Kofo) in Mülheim an der Ruhr (Germany) found a simple process for the nanocorundum production.

Its thermodynamic basis is explained by an innovative theoretical model developed by Prof. Zbigniew Lodziana from the Institute of Nuclear Physics of the Polish Academy of Sciences (IFJ PAN) in Cracow. The model suggests that nanometer-sized corundum can be formed in conditions that are radically friendlier to the environment. The success of the German-Polish group turned out to be so significant that it has found recognition in the eyes of the editors of Science, one of the most respected scientific journals in the world.

“Corundum nanoparticles, produced by the method proposed by us, are about 13 nanometers in size and are characterized by considerable porosity: one gram has a surface area of about 140 m2. This is about an order of magnitude higher than the value typical for nanocorundum produced by means of currently known technological processes”, says Prof. Lodziana.

Corundum, the most stable form of alumina Al2O3 (denoted by the Greek letter alpha), is a common mineral. Due to its hardness it is commonly used, among others, as an abrasive. Car catalytic converters are a popular application for alumina. Here, it serves as a porous undercoat for active transition metal particles (e.g. palladium), which are responsible for removing carbon monoxide and nitrogen oxides from exhaust fumes. Large, transparent corundum crystals are rare and they are considered to be precious stones; depending on their admixtures they take on different colours, e.g. red (rubies) or blue (sapphires).

“The problem with the simple and efficient production of nanometer-sized alumina really boils down to removing the water molecules covering the bulk of aluminum hydroxide. At present, intense heat and/or high pressure are used for this purpose. Unfortunately, during heating nanoparticles grow. This means that their total surface area decreases, and therefore the functional properties of the material deteriorate”, explains Prof. Lodziana.

Porous aluminas are currently produced from the most readily available aluminum hydroxide. This white powder, called boehmite, has to be exposed to a temperature of over 700 Kelvin at a pressure of approx. 1200 atmospheres. These conditions must be maintained for more than a month. In the final phase, lasting up to ten hours, the temperature rises to over 800 K. Another classic method of production is heating for a dozen or so hours to a temperature of over 800 K, after which for another dozen or so hours the temperature is raised to even over 1600 K.

Shedding light on the fact that it is possible to remove water molecules from boehmite with the help of small amounts of energy provided, among others, in mechanochemical reactions, was very significant to understand how boehmite converts to nanocorundum.

While typical chemical reactions involve solutions or gases, in mechanochemistry the processes take place between solids, usually prepared in the form of powders. The energy necessary to carry out the reaction here is mechanical energy, supplied during milling in mechanical mills (sometimes even grinding by hand is sufficient).

During work on the new method, it was demonstrated, both practically and theoretically, that it is possible to obtain nanometer-sized corundum while maintaining its stability and significant porosity. This effect was achieved by the appropriate selection of the operating parameters of the ball mills in which the milling occurred. The goal was to create a situation where the amount of energy locally supplied to the system exceeds the energy of bonding of water molecules by boehmite, which results in their release from the surface.

“Against the background of previous, multi-stage methods, ours stands out for its extreme simplicity: all we do is to mill a powder in a ball mill for some time. Importantly, the process takes place at room temperature and requires only a few hours to achieve thermodynamically stable corundum nanoparticles”, emphasizes Prof. Lodziana.

The presented method of producing nanocorundum reduces not only energy, but also the financial costs associated with the production of high-quality corundum nanoparticles to a minimum.

The theoretical part of the described research, carried out at the Institute of Nuclear Physics of the Polish Academy of Sciences, was financed from its statutory funds.