Time to rise and shine 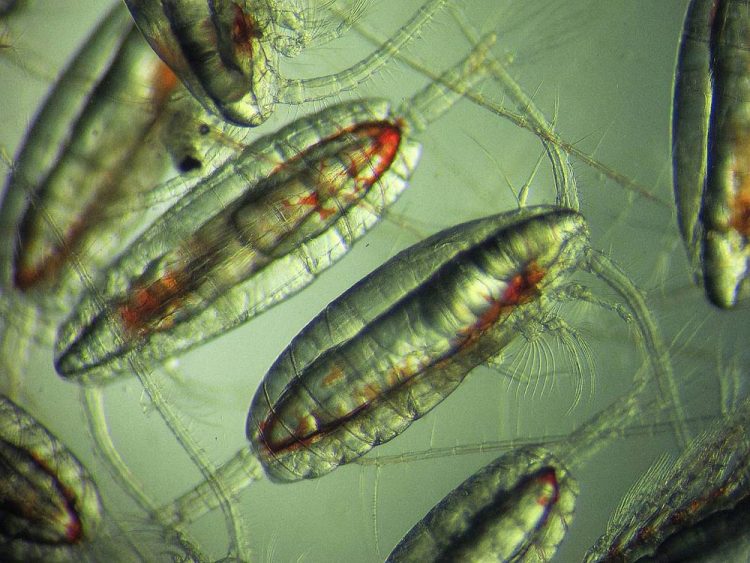 This in turn have an enormous influence on the entire food web in the North Atlantic, where Calanus finmarchicus is a central plankton species. Wherever the high-calorie copepod is, determines where its predator species are. The results of the study will be published in the journal Current Biology.

Day after day, our world’s oceans are home to a massive vertical migration: at dusk, countless plankton species, like copepods and krill, rise to the surface, where they gorge themselves on single-celled algae that can only thrive where there is sufficient sunlight. The cover of night offers the plankton protection from predators like fish, which need light to hunt.

When dawn approaches, they sink back into the dark depths, where they can hide from their predators throughout the day – completing a cycle that likely represents the largest daily movement of biomass on the entire planet. Though this phenomenon was first discovered over a century ago, researchers are still working to decipher which signals these marine organisms use to decide when to rise and when to descend.

Light seems to be an important factor – yet this migration also continues during the long polar night and in the deep sea, where hardly any light is detectable. Experts at the Alfred Wegener Institute, Helmholtz Centre for Polar and Marine Research (AWI) have now shown that the copepod species Calanus finmarchicus possesses an internal genetic clock that produces a specific 24-hour rhythm, independent of ambient conditions. Light is only needed in order to occasionally “reset” the clock. “This clock regulates the copepods rhythm of metabolic activity as well as their daily vertical migration,” explains first author Sören Häfker.

Working together with colleagues from the University of Oldenburg and the Scottish Association for Marine Science, he conducted a detailed study of this important plankton species’ internal clock mechanism and compared the daily migration with the rhythm of the genetic clock. As Häfker recalls, “We were amazed to see how precisely the genetic clock maintained its 24-hour rhythm without any external stimuli, and that we found the same rhythm under controlled laboratory conditions as we did in the natural habitat of Loch Etive, Scotland.”

In their natural environment, the copepods can cover several hundred metres in their daily migrations; intriguingly, the researchers were able to confirm the same movement pattern in laboratory experiments. They began by simulating a natural day-and-night rhythm, and then kept the animals in constant darkness for several days. Under these conditions, they measured oxygen consumption (as an indicator of metabolic activity), the vertical migration behaviour, and the activity levels of different “clock genes”.

What they found: in the roughly one-metre-tall test tanks, the rhythmic vertical migration continued as it did in the field, even in constant darkness. This behaviour shows that migration is regulated by the genetic clock. As a result, the tiny crustaceans can predict the daily cycle, allowing them to e.g. withdraw to deeper water layers before there is enough sunlight for predators to find them.

The copepod Calanus finmarchicus builds up large fat reserves in its body, making it an appealing source of food for many larger animals. As such, its daily migration is extremely important for the ecosystem – especially because, due to global warming, the distribution of many marine species has shifted closer to the poles.

However, the duration of daylight varies much more throughout the year near the poles, which raises the question of whether the copepods’ internal clocks can cope with these extreme conditions. As Sören Häfker concludes, “Only if we understand how genetic clocks function and how they affect the life in the oceans, we will be able to predict how marine species will respond to future changes in their environment – for example, due to climate change – and what consequences this will have for marine ecosystems.”

The Alfred Wegener Institute pursues research in the Arctic, Antarctic and the oceans of the middle and high latitudes. It coordinates polar research in Germany, while also providing essential infrastructure for the international scientific community, including the research icebreaker Polarstern and stations in the Arctic and Antarctic. The Alfred Wegener Institute is one of the 18 Research Centres of the Helmholtz Association, the largest scientific organisation in Germany.