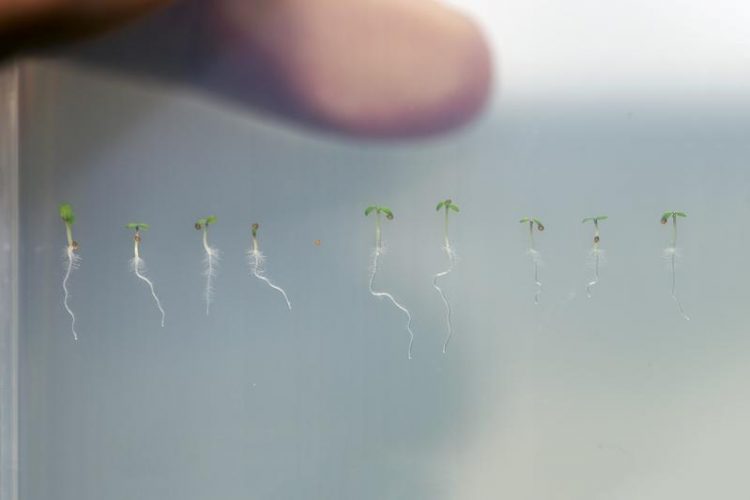 If a forest fire destroys larger plants, seeds of so called fire-followers see their chance: these have a receptor protein that can “smell” certain molecules generated in smoke of burnt plant material. The receptor protein called KAI2 sets off a signal cascade causing the seeds to germinate.

A team of researchers led by Caroline Gutjahr, professor for plant genetics at the TUM School of Life Sciences Weihenstephan, has now discovered that it also plays an important role in regulating the growth of roots.

To achieve a large surface area through which water and nutrients can be absorbed, the roots of plants grow fine root hairs. José Antonio Villaécija-Aguilar, a Ph. D. student in Caroline Gutjahr’s team, has now made the discovery that KAI2 is both necessary for the growth of this root hair and for the downward growth of roots.

“It is likely that this not only applies to the thale cress (Arabidopsis), which can be found almost everywhere in the world and is used by us as a model plant,” Caroline Gutjahr says, “but possibly also for many other plants, for example cereal crops.”

To check their hypothesis, the team of researchers exposed young arabidopsis plants to the molecules (called karrikins) present in smoke. This indeed significantly increased the growth of root hairs.

“Our results are also interesting in the light of evolution,” Caroline Gutjahr says. “It is likely that KAI2 was initially responsible for controlling certain development processes in all plants, such as, for example, the development of root hairs and similar structures, in reaction to a plant hormone that is so far unknown. In the course of evolution of fire-activated seeds, KAI2 thas presumably developed the additional feature of detecting smoke.”

Use in plant breeding

The findings not only promote a more thorough understanding of how plants work, but can also be important for future sustainable agriculture.

“With this new and better understanding, of which molecular mechanisms play a role in the development of roots and root hairs, we can breed plants which are better able to absorb nutrients and water from the soil,” Caroline Gutjahr says. “This can for example help crops to resist longer periods of drought, which may occur more frequently in the future.”

The work underlying this publication was funded by the Deutsche Forschungsgemeinschaft (DFG; German Research Association) within the scope of the Emmy Noether program (Caroline Gutjahr) and SFB 924 (Corinna Dawid) and the British Biotechnology and Biological Sciences Research Council (BBSRC) (Tom Bennett). The research group of the Assistant Professorship of Plant Genetics (Caroline Gutjahr) cooperated with researchers of the Chair of Food Chemistry and Molecular Sensory Science of the TUM (Corinna Dawid) and the Centre for Plant Science (Tom Bennett) of the University of Leeds (UK).

https://www.tum.de/nc/en/about-tum/news/press-releases/details/35739/ Link to the press release