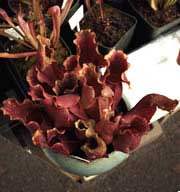 Mosquitoes are holing up later as winters get warmer, US ecologists have shown. This is the first genetic adaptation to global warming to be identified. Less flexible animals could face extinction, they warn.

The North American mosquito Wyeomyia smithii uses shortening day length to judge when to bed down for the winter. Modern mozzies wait nine days more than their ancestors did in 1972, William Bradshaw and Christina Holzapfel of the University of Oregon in Eugene have discovered1. Warmer autumns are the most likely cause.

Many animals are adjusting to the extended growing season brought on by the slight rise in average global temperatures over the past century. Birds are migrating, seeds germinating and frogs spawning earlier. All of these can be explained as changes in individuals’ behaviour rather than permanent genetic changes.

By catching wild mosquitoes over the past 30 years and testing them under identical artificial lights, Bradshaw and Holzapfel show that the insects’ response to day length has changed. There has been an underlying genetic change – in as little as five years.

The study highlights how species can change rapidly and unpredictably in response to global warming. “You can’t take the characteristics of a species now and predict how it will behave under a future climate,” says Chris Thomas, who studies animal behaviour and climate change at the University of Leeds, UK.

Although some species may respond to warmer conditions, some may not, he explains. On the fringes of an animal’s range, small changes in temperature or rainfall can wipe out a habitat and its residents. Different regions and the reactions of example species must be studied to predict the likely consequences of climate change, thinks Thomas. The question is: “When can [a species] evolve itself out of trouble and when can’t it?” he says.

By postponing dormancy, mosquitoes gain in the reproduction stakes. They squeeze in extra breeding cycles and save energy, which they would otherwise burn up during winter, for the next round of mating in spring. The insect lives exclusively in the water-filled cup of the carnivorous purple pitcher plant Sarracenia purpurea, which may make the mosquitoes particularly sensitive to changing conditions, thinks Bradshaw.

In an ecosystem in which many species depend on one another, disrupting one may disrupt them all, Bradshaw warns. Animals with a longer active season might simply run out of prey, for example. Species’ futures may depend on their abilities to adapt to changing seasons, he says.