Home / Ecology, The Environment and Conservation / Biodegradability of microcapsules
23.04.2020 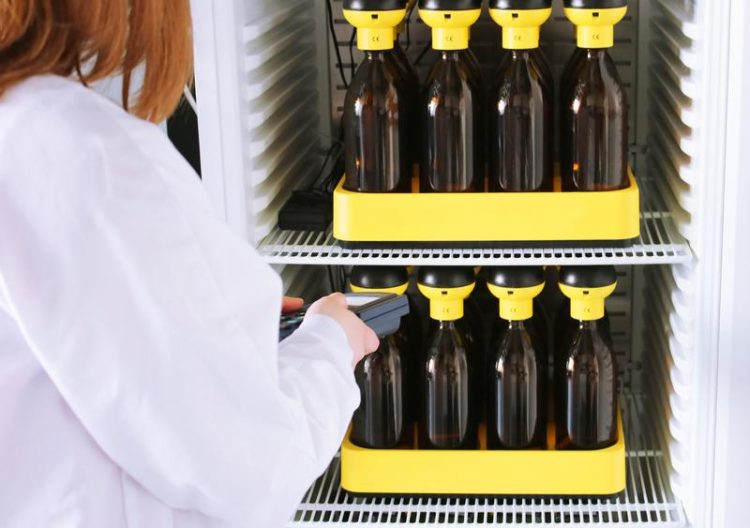 With the help of a test system, the oxygen demand during biodegradation in fresh water, seawater or soil can be determined for a wide variety of samples. © Fraunhofer IAP

Database on biodegradability of microcapsules

For more than 25 years, the Fraunhofer IAP has been developing microcapsules for a wide variety of applications – from encapsulated lubricants for moving plastic components such as gears or slide bearings, to fertilizers released in the soil over a long period of time and pigments that control the incidence of light in agricultural or greenhouse films.

The sustainability of the wall material is also always in the focus of development. Cosmetic and hygienic products such as shower baths, shampoos or detergents also contain microcapsules made of modified natural substances such as gelatine.

This biopolymer is often used as the wall material of microcapsules, which contain a fragrance and ensure that it is gradually released over a longer period of time.

“So far, there is very little data available in the scientific literature on the biodegradability of microcapsules, or particles in the size range from about one micrometer to several millimeters. That is why we want to investigate various modified natural substances and establish a database with information on their biodegradability,” explains Kathrin Geßner, engineer in the Department of Microencapsulation and Polysaccharide Chemistry at the Fraunhofer IAP.

“These data will not only be of interest for microcapsules, but also for a large number of other applications in which release of bioplastics into soil is possible. This will also enable us to expand our portfolio with regard to the development of microcapsules,” said Geßner.

Testing the biodegradability in fresh water, seawater or soil

In order to be able to make a statement about biodegradability, the researchers carry out a manometric respiration test in accordance with OECD 301 F based on DIN EN ISO 14851. The researchers obtain the oxygen demand of the sample directly as a measured value.

“Among other things, we are developing microcapsule materials that biodegrade in an aqueous medium at 20 °C within 28 days. We get the microorganisms fresh from the sewage plant for each measurement,” says Geßner. The measurement system used was purchased with funds from the Federal Ministry of Food and Agriculture BMEL as part of the project “Improvement of the biodegradability of modified biobased polymers through the use of microencapsulated enzymes – enzymics” (funding code 22014118) of the Agency of Renewable Resources.

Another test method is available in the biopolymer processing pilot plant at the Fraunhofer IAP's Schwarzheide site, in which the oxygen consumed is not only measured but also can be replaced. In this way, aerobic degradation conditions can always be maintained even with high oxygen consumption. In addition, the formation of carbon dioxide, which is produced during sample degradation, can be measured too.

With the two measuring systems the samples can be examined in different test media. Thus, the biodegradability in fresh water, sea water or soil can be simulated and diverse information can be collected for the database.

In their series of investigations, the researchers determine the biodegradability of commercially available biopolymers before and after their modification. Chemical crosslinking of biopolymers is often used for the production of microcapsules.

“By the end of 2020, we want to examine all biopolymers routinely used in our company and their modifications. Initial investigations with gelatine and gum arabic suggest that many of the routinely used in microencapsulation processes modifications have only a minor effect on the biodegradability of polymers. The situation seems to be different with cellulose acetate: Depending on the type of modification, the biodegradability might even be completely lost,” explains Geßner.

Other biopolymers that the team of researchers will examine are alginate, carrageenan and polylactide. In addition to microcapsules and particles, the biodegradability of other materials and products developed at the Fraunhofer IAP is also being investigated, for example blends and compounds made from commercially available or in-house developed modified bioplastics such as PLA, PBS, PBSA, PBAT and starch- and cellulose-based plastics.