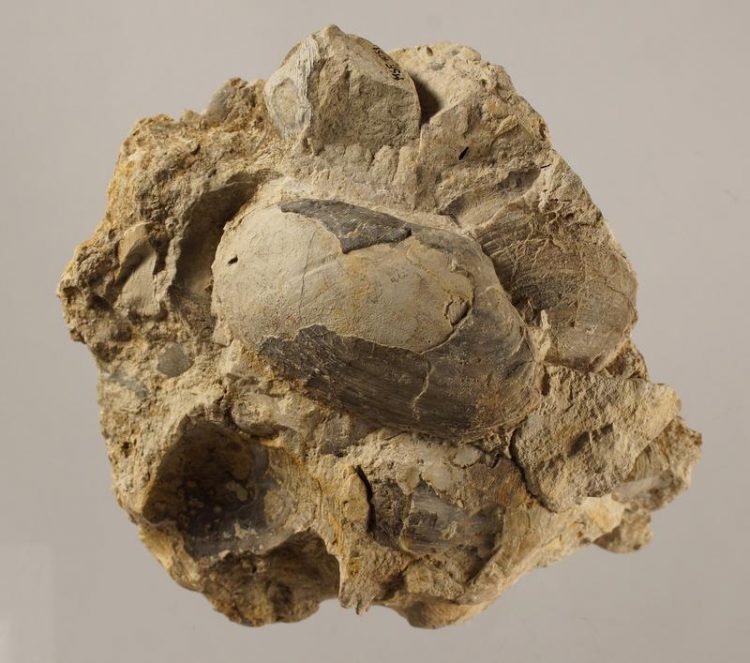 Clams of a fossil methane seep University of Göttingen

Most life on Earth depends on food produced through photosynthesis by plants or marine plankton. In contrast, animals at deep-sea hydrothermal vents and methane seeps live in symbiosis with sulphur-oxidising bacteria. In other words, they get their nutrition from bacteria that use sulphur as an energy source to produce biomass.

Dr. Steffen Kiel, palaeontologist from the University of Göttingen, has analysed the fossil record of these ecosystems in the past 150 million years. He suggests that the evolution of these animals is linked to the amount of sulphur dissolved in the oceans and is independent from that of the photosynthesis-based biosphere. His results back the thesis of these animals as “living fossils”. The findings were published in Proceedings of the Royal Society B.

Dr. Kiel analysed the fossil record of thousands of these faunas. The palaeontologist found that the major changes in their evolutionary history coincide with major changes in the concentration of sulphur in the oceans. Furthermore, during the later half of the Cretaceous age, when sulphur concentrations in the oceans were particularly low, the average size of clams and snails was smaller than during other times.

“These animals rely on their sulphur-oxidizing symbionts for food,” explains Dr. Kiel. “Thus, when there is only little sulphur to feed to the symbionts, they can’t grow very big.”

The concentration of sulphur in the oceans is largely controlled by the accumulation and erosion of calcium sulphate, better known as gypsum. It forms along with other salts when seawater evaporates and returns to the oceans when these salts are eroded during the formation of major mountain chains. “Photosynthesis plays no role in this” says Dr. Kiel.

“While the dinosaurs and the ammonites did not survive the lack of food as a result of crises in the photosynthesis-based food chain, for example following a meteorite impact, the clams and snails at deep-sea methane seeps lived safely in their smelly habitats.”

In New Zealand on the traces of climate change