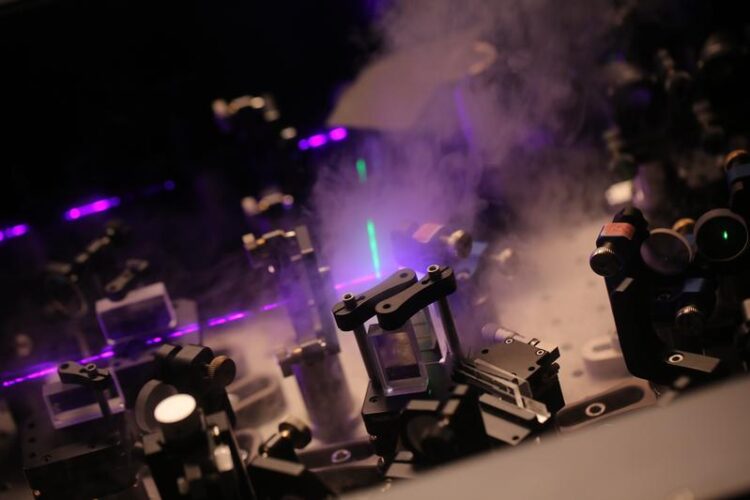 A team of physicists led by researchers from the University of Oldenburg, Germany, have recorded an ultrafast film of the directed energy transport between neighbouring molecules in a nanomaterial. Theoretical simulations confirmed the experimental finding.

Whether in solar cells, in photosynthesis or in the human eye: when light falls on the material, a green leaf or the retina, certain molecules transport energy and charge. This ultimately leads to the separation of charges and the generation of electricity. Molecular funnels, so-called conical intersections, ensure that this transport is highly efficient and directed.

An international team of physicists has now observed that such conical intersections also ensure a directed energy transport between neighbouring molecules of a nanomaterial. Theoretical simulations have confirmed the experimental results. Until now, scientists had observed this phenomenon only within one molecule. In the long term, the results could help to develop more efficient nanomaterials for organic solar cells, for example.

The study, led by Antonietta De Sio, University of Oldenburg, and Thomas Frauenheim, University of Bremen, Germany, was published in the current issue of the scientific journal Nature Nanotechnology.

Photochemical processes play a major role in nature and in technology: when molecules absorb light, their electrons transit to an excited state. This transition triggers extremely fast molecular switching processes. In the human eye, for example, the molecule rhodopsin rotates in a certain way after absorbing light and thus ultimately triggers an electrical signal – the most elementary step in the visual process.

The reason for this is a special property of rhodopsin molecules, explains Christoph Lienau, professor of ultrafast nano-optics at the University of Oldenburg and co-author of the study: “The rotation process always takes place in a similar way, although from a quantum mechanical point of view there are many different possibilities for the molecular movement”.

This is due to the fact that the molecule has to funnel through a conical intersection during the rotation process, as a research team demonstrated experimentally in visual pigment in 2010: “This quantum mechanical mechanism functions like a one-way street in the molecule: It channels the energy in a certain direction with a very high probability,” explains Lienau.

The research team led by Antonietta De Sio, senior scientist in the research group Ultrafast Nano-optics at the University of Oldenburg, and Thomas Frauenheim, professor of Computational Materials Science at the University of Bremen, has now observed such a one-way street for electrons in a nanomaterial. The material has been synthesized by colleagues from the University of Ulm, Germany, and is already used in efficient organic solar cell devices.

“What makes our results special is that we have experimentally demonstrated conical intersections between neighbouring molecules for the first time,” explains De Sio. Until now, physicists worldwide had only observed the quantum mechanical phenomenon within a single molecule and only speculated that there might also be conical intersections between molecules lying next to each other.

De Sio’s Team has discovered this one-way street for electrons by using methods of ultrafast laser spectroscopy: The scientists irradiate the material with laser pulses of only a few femtoseconds in duration. One femtosecond is a millionth of a billionth of a second. The method enables the researchers to record a kind of film of the processes that take place immediately after the light reaches the material. The group was able to observe how electrons and atomic nuclei moved through the conical intersection.

The researchers found that a particularly strong coupling between the electrons and specific nuclear vibrations helps to transfer energy from one molecule to another as if on a one-way street. This is exactly what happens in the conical intersections. “In the material we studied, it took only about 40 femtoseconds between the very first optical excitation and the passage through the conical intersection,” says De Sio.

In order to confirm their experimental observations, the researchers from Oldenburg and Bremen also collaborated with theoretical physicists from the Los Alamos National Laboratory, New Mexico, USA, and CNR-Nano, Modena, Italy. “With their calculations, they have clearly shown that we have interpreted our experimental data correctly,” explains De Sio.

The Oldenburg researchers are not yet able to estimate in detail the exact effect of these quantum mechanical one-way streets on future applications of molecular nanostructures. However, in the long term the new findings could help to design novel nanomaterials for organic solar cells or optoelectronic devices with improved efficiencies, or to develop artificial eyes from nanostructures.