Home / Power and Electrical Engineering / Micro energy harvesters for the Internet of Things
11.10.2018

Micro energy harvesters for the Internet of Things 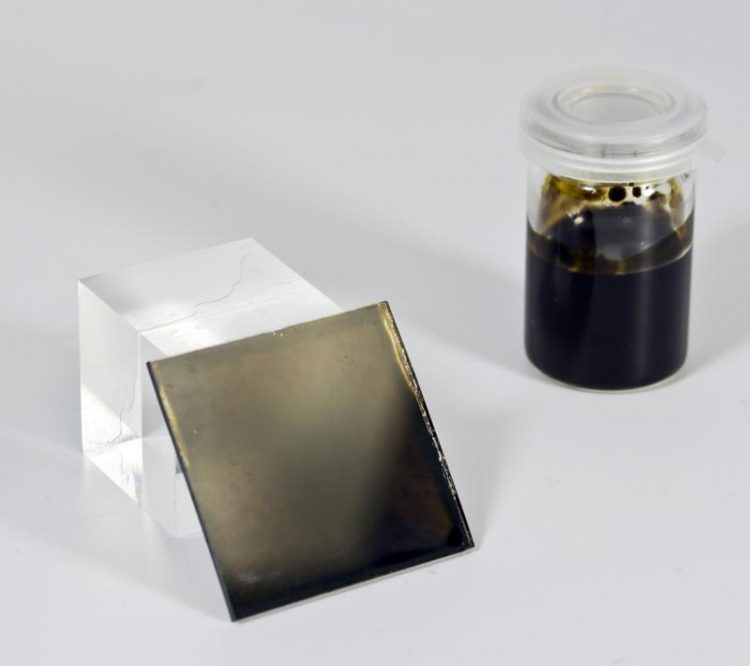 Thin organic layers provide machines and equipment with new functions. They enable, for example, tiny energy recuperators. In future, these will be installed on pipes or other surfaces in order to convert waste heat into electricity. The experts at the Fraunhofer Institute for Material and Beam Technology IWS Dresden use ink based on conductive polymers for this purpose.

The IWS engineers have developed a new process for this project: Small molecules are synthesized into polymers which are able to transport negative charge carriers (electrons). The “trick” is that this polymer, unlike comparable polymers, is in a liquid state. This polymer enables the scientists to print or spray very thin and smooth organic functional coatings on surfaces.

“We want to construct thermoelectric generators that, for example, supply energy to sensors in places that are difficult to access, where battery replacement is not useful, not possible or very expensive,” reports Lukas Stepien, who, together with Dr. Roman Tkachov, manages this development project at Fraunhofer IWS Dresden. Warm pipes that do not get hotter than 100 degrees Celsius – this is the upper limit for the polymers investigated so far.

“Additionally, this technology might also benefit the 'Internet of Things': sensors and other electronic components using thermoelectric generators could cover their own electrical energy requirements. An external power supply will be no longer necessary,” adds Lukas Stepien.

“Thermoelectric generators” have been known as concept for years. However, their efficiency is still far too low for large-scale use: on average, they convert only six percent of the heat energy received into electricity. “The fact that this technology has not yet been able to establish itself might probably be also due to the industry's excessively high expectations,” reports Lukas Stepien. “Today's polymer-based thermoelectric generators, unfortunately, usually deliver only a few milliwatts.

If, however, we succeed in significantly increasing this efficiency, far-reaching consequences for the German energy balance might result: Car manufacturers, for example, have long been dreaming of coating their engines with such thermoelectric generators.

Manufactures strive for electrical recycling of the waste heat from the drive units, which had previously been painstakingly cooled away. The fuel consumption of cars could thus be reduced by up to a tenth, according to estimates. However, solutions so far tested are not very effective.

With Fraunhofer IWS polymer technology things could change in the future. Roman Tkachov and Lukas Stepien have already taken an important step: they have found a way to liquefy polymers of the so-called “n-conductor type” (where “n” stands for negative charge carriers) in order to further process them.

An important point here is that these polymer layers remain comparatively stable even after use under everyday conditions. That is not self-evident. Such long organic molecules tend to age and lose their special properties when they come into contact with air.

Dr. Roman Tkachov and Lukas Stepien have developed a multi-stage process to produce their inks based on conductive polymers. They initially modify the short elements for polymers, the so-called monomers, chemically. Subsequently they are dissolved in a liquid. Once the polymers have joined, the liquid material can be processed by print, spray or other coating methods.

“In principle, these polymers have already been printable,” emphasizes Lukas Stepien. “But as long as they are in a solid state dispersion, that is, a particle mixture is necessary.” The dissolved polymers, on the other hand, allow very high-quality smooth layer structures, which – depending on the process – are only a tenth to ten micrometers (thousandths of a millimeter) thick.

This in turn allows for more compact and effective components than previously used polymers. “In perspective, we also see great potential for the construction of organic transistors and solar cells,” emphasizes Dr. Roman Tkachov. Until then, however, some research work still needs to be done.