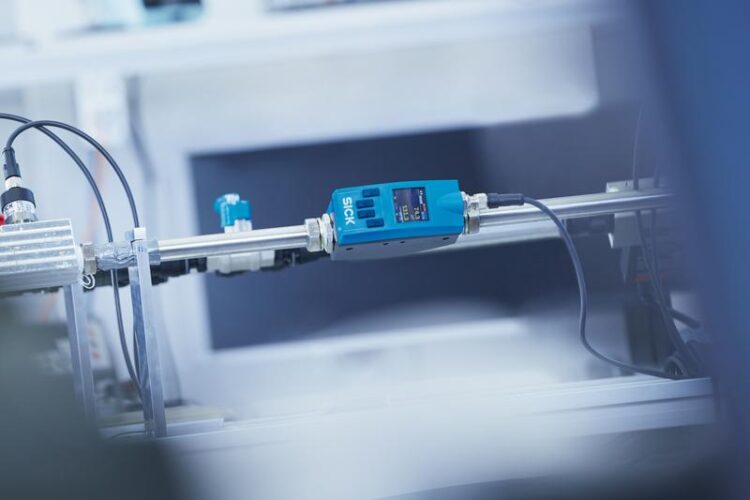 A researcher from Fraunhofer IPA along with SICK AG are developing an ancillary leak detection service for this flow sensor.
Credit: SICK AG

The cumbersome search for leaks in air compressor units could soon be made much easier: Along with SICK AG, Fraunhofer IPA is developing an ancillary leak detection service for a smart flow sensor. Self-learning algorithms evaluate the readings and in so doing identify leaks.

Under ISO 50001, businesses are obligated to save energy. They must set their own targets outlining how much energy they aim to save over the next few years – and then meet this target. One area with huge energy saving potential is compressed air, one of the most widespread and expensive sources of energy in German industry. There are around 60,000 air compressor units in operation across Germany. Together, they consume 16.6 terawatt hours every year, which equates to 7 percent of overall electric power consumption in German industry.

However, up to 30 percent of the energy consumed is lost to tiny leaks. Until now, detecting these holes, cracks or leaky connectors has been a laborious task. Christian Dierolf from the Industrial Energy Systems Department at the Fraunhofer Institute for Manufacturing Engineering and Automation IPA says: “Many users feel that the products and methods for detecting leaks are not worthwhile. They involve either using an ultrasound device to detect leaks or adding new valves for individual monitoring of the pneumatic actuators.” As a result, many businesses end up living with wasted energy.

However, in the future, there will be no reason to let compressed air escape unnecessarily and miss out on the energy saving potential. This is because researcher Christian Dierolf, in close collaboration with SICK AG, is developing an ancillary leak detection service for their smart flow sensor. It records ongoing pressure, temperature and flow rates and uses these to generate complete curve profiles. These curves will then be evaluated by a self-learning algorithm. Christian Dierolf explains: “The best thing about this is the “clustering”: leaks are shown in characteristic curve profiles. These are recognized by the algorithm, which sounds the alarm.”

Implementation should be simple: The sensor, which Fraunhofer IPA and SICK are developing together from concept to production, does not need to be linked to a machine control system of compressed air systems or to an industrial PC. Instead, the flow sensor has its own small display and additional interfaces such as MQTT and OPC-UA, which enable automated notification to the user, who can also access the sensor via a web interface. The algorithm is also self-learning. This unsupervised machine learning means that a human only needs to check if the algorithm has drawn the correct conclusions from the available information.

Clustering set to become the standard

Thomas Weber, Head of Development at the Industrial Instrumentation department at SICK, says: “For us, the results from the entire development project are reason enough to make clustering a smart service on offer to all our customers as standard in future generations of flow sensors.”

However, it will be some time yet until this can be made a reality, as so far the ancillary leak detection service for smart flow sensors is still just a prototype. An air compressor unit demonstrator was recently built at the company’s headquarters in Waldkirch and delivered to Fraunhofer IPA in Stuttgart. This contains the sensor prototype which is currently being tested and further developed. 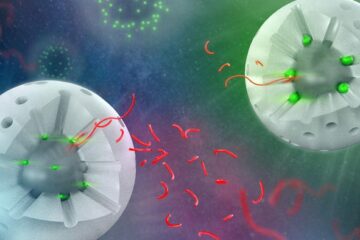