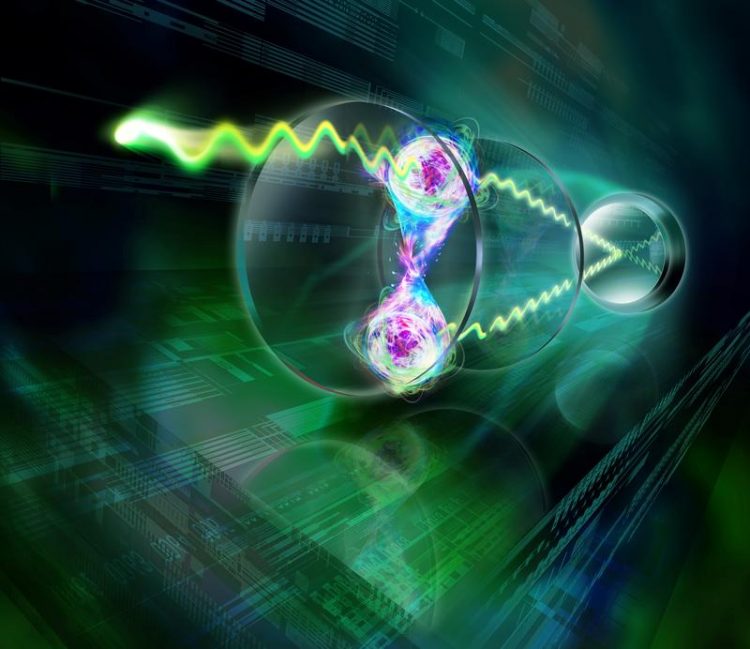 The age of quantum technology has long been heralded. Decades of research into the quantum world have led to the development of methods that make it possible today to exploit quantum properties specifically for technical applications.

The team led by the Innsbruck quantum computer pioneer Rainer Blatt controls individual atoms very precisely in experiments with ion traps. The deliberate entanglement of these quantum particles not only opens up the possibility of building a quantum computer, but also creates the basis for the measurement of physical properties with previously unknown precision.

The physicists have now succeeded for the first time in demonstrating fully-controlled free-space quantum interference of single photons emitted by a pair of effectively-separated entangled atoms.

“Today, we can very precisely control the position and entanglement of particles and generate single photons as needed,” explains Gabriel Araneda from Rainer Blatt's team from the Department of Experimental Physics at the University of Innsbruck. “Together, this allows us to investigate the effects of entanglement in the collective atom-light interaction.”

The physicists at the University of Innsbruck compared the photon interference produced by entangled and non-entangled barium atoms. The measurements showed that these are qualitatively different. In fact, the measured difference of the interference fringes directly corresponds to the amount of entanglement in the atoms.

“In this way we can characterize the entanglement fully optically,” Gabriel Araneda emphasizes the significance of the experiment. The physicists were also able to demonstrate that the interference signal is highly sensitive to environmental factors at the location of the atoms. “We take advantage of this sensitivity and use the observed interference signal to measure magnetic field gradients,” says Araneda.

This technique may lead to the development of ultra-sensitive optical gradiometers. As the measured effect does not rely in the proximity of the atoms, these measurements could allow to precisely compare field strengths at separated locations, such as that of the Earth's magnetic or gravitational fields.

The work was published in the journal Physical Review Letters and was financially supported by the Austrian Science Fund FWF, the European Union and the Federation of Austrian Industries Tyrol, among others.