A Quantum of an Angle 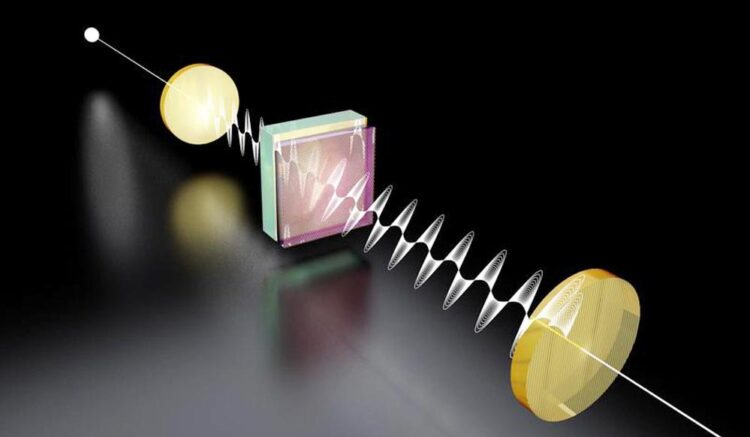 A light source (left) sends a beam of light through a special material, which changes the direction of polarization - by an angle that is given by the fine structure constant.
© Graphik: Tatiana Lysenko / TU Wien

The fine structure constant is one of the most important natural constants of all. At TU Wien, a remarkable way of measuring it has been found – it shows up as a rotation angle.

One over 137 – this is one of the most important numbers in physics. It is the approximate value of the so-called fine structure constant – a physical quantity that is of outstanding importance in atomic and particle physics.

A much-discussed question is whether the fine structure constant is actually constant, or whether it could possibly have changed its value a little over billions of years.

Direct measurements instead of calculations

“Most important physical constants have a specific unit – for example, the speed of light, which can be given in the unit of meters per second,” says Prof. Andrei Pimenov from the Institute of Solid State Physics at TU Wien. “It’s different with the fine structure constant. It has no unit, it is simply a number – it is dimensionless.”

A thin film that rotates the light

When passing through the thin film, the polarisation direction of the light performs a quantum jump. After passing through, the light wave oscillates in a different direction than before. And when the size of this jump is calculated, an astonishing result appears: the quantum of this angular change is exactly the fine structure constant.

“We thus have direct access to something quite unusual: a quantum of rotation,” says Andrei Pimenov. “The fine structure constant becomes immediately visible as an angle.”