Home / Physics and Astronomy / A new method to significantly increase the range and stability of optical tweezers
24.07.2020 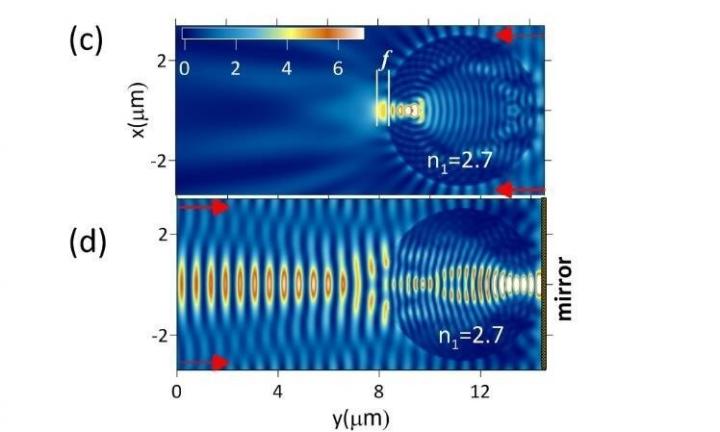 Scientists of Tomsk Polytechnic University jointly with a team of the V.E. Zuev Institute of Atmospheric Optics of the Siberian Branch of the Russian Academy of Sciences have discovered a method to increase the operation range of optical traps also known as optical tweezers. Similar devices are used to move individual microparticles in biology and chemistry. The study is published in Optics Letters (IF: 3.866; Q1). Credit: Tomsk Polytechnic University

Optical tweezers are a device which uses a laser beam to move micron-sized objects such as living cells, proteins, and molecules. In 2018, the American physicist Arthur Eshkin received the Nobel Prize for this technology.

Before this, it was impossible to move such objects since any attempt to grab it led to destruction. Optical tweezers do not disturb the internal structure of the object.

“Optical tweezer is a media name for optical traps. Their general principle of operation is as follows: the lens focuses the laser light, and the particles in the focusing field, according to the laws of physics, begin to move towards the maximum intensity of the light field. Thus, this allows capturing and moving particles.

Previously, we have proposed to use microparticles made of a dielectric material, for example, quartz instead of lenses to increase the degree of localization of the optical field in the focusing area in these optical traps, operating in the reflection mode,” Igor Minin project manager, professor of the TPU Division for Electronic Engineering, says.

Interacting with such a particle, the light is focused in the form of a photon jet in the direction opposite to the radiation incidence. Due to its properties, it is this photon jet that acts as a trap or tweezers.

“To form a classical photonic jet, there is a necessary condition such as the ratio of the refractive indices of a particle and a medium must be less than two. If it is higher, then the jet will not form. Previously, it was believed that it is impossible to increase the refractive index and at the same time form a photon jet. We jointly with a team from the Institute of Atmospheric Optics theoretically have demonstrated that it is possible,” Igor Minin says.

To achieve this, the joint research team formed a jet in the reflection mode.

“There are two modes: refraction and reflection. In the former case, a jet is formed when light passes through a dielectric particle. In the latter case, we put a flat mirror behind the particle, and the focal point moves to the mirror. As a result, we have double-focusing when the light is focused through a particle on a mirror, which reflects it back to the same particle that forms a photonic jet. Using this mode, we managed to form a jet from a dielectric particle with the ratio of a particle and a medium higher than two. This increases the capture area at times,” the scientist underlines.

Currently, the group is preparing experiments to confirm the simulation results in practice.

The studies were supported by grants of the Russian Foundation for Basic Research and the TPU Competitiveness Enhancement Program.