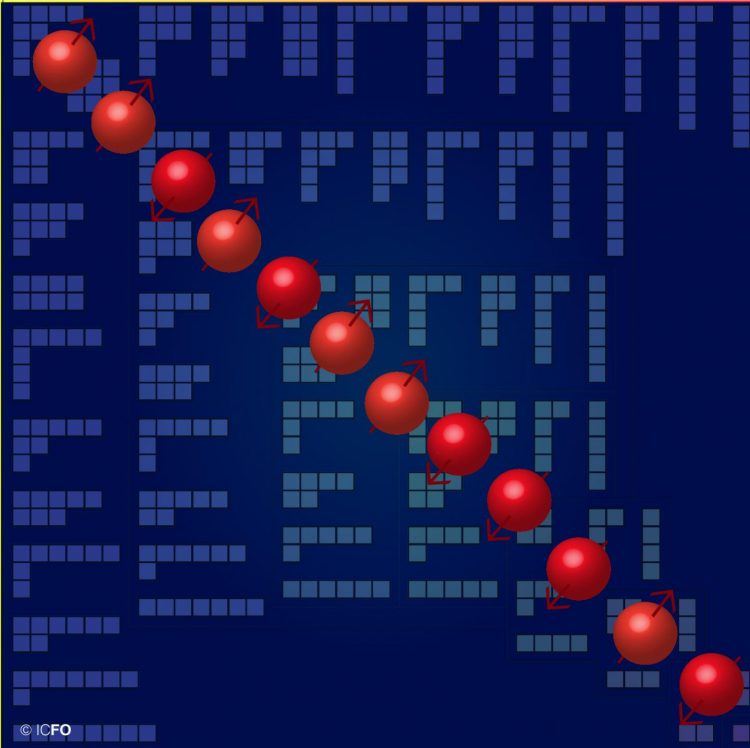 One of the most striking discoveries of quantum information theory is the existence of problems that can be solved in a more efficient way with quantum resources than with any known classical algorithm.

Number-partitioning, which refers to the simple task of dividing a set of numbers into two groups of equal sums is, in fact, a very difficult problem to solve with classical computers.

Often, such problems can be related to a physical model, which then allows for solving the problem by finding the minimum energy state of the model. Here, an important role is played by spin glass models, that is, models describing a collection of tiny magnets interacting with each other in a random fashion.

The idea proposed by the team of researchers shows how to tackle the problem of number partitioning by applying a strategy known as “quantum annealing”. This is done by initially applying a strong magnetic field which is then switched off slowly during the simulation. In this way, the quantum state is deformed until it matches with the desired solution. This can be faster than other methods to solve the problem.

The implementation of this approach is possible with state-of-the-art techniques for trapping, cooling, and manipulating ions. As Dr. Grass clearly states, “In the past, we have seen quantum simulations which solve a problem from quantum physics. In our approach, the same techniques are used to solve a problem from computer science. The results of our study opens a new path and brings us a step closer to the development of a quantum computer.”