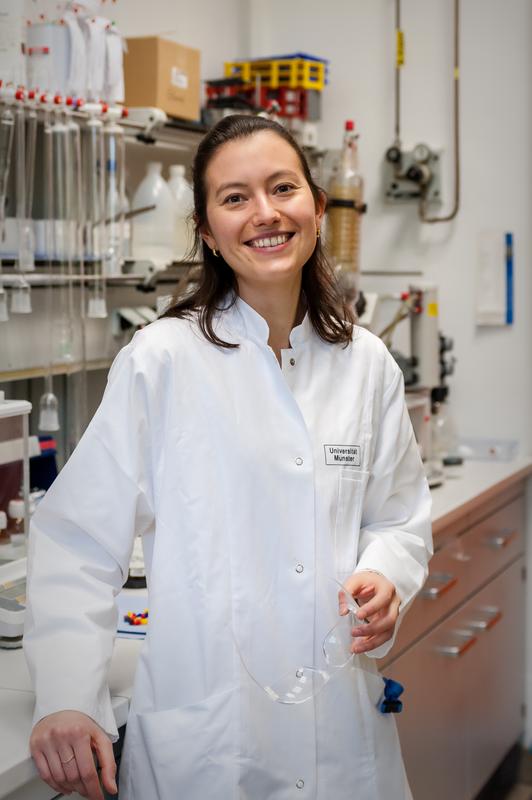 Just as our left hand is not superposable to our right hand, the mirror image of certain molecules cannot be overlapped onto it, even when turned or twisted. These two mirror images are referred to by chemists as enantiomers and the molecule is said to be chiral.

Chirality, which is a word derived from the ancient Greek word for hand, is important since it is present in our daily lives. For example, the stereoisomers of a molecule – i.e. compounds in which the binding pattern is the same but which differ in the spatial arrangement of the atoms – can produce different effects when interacting with a biological system.

The stereoisomers of a drug, for example, can have different or even opposite effects on the body making it crucial to produce certain stereoisomers of a pharmaceutical compound. A central task for chemists is to develop methods that are switchable and can selectively produce one or another stereoisomer, from simple and identical starting materials using tunable reaction conditions.

A team of researchers led by Prof. Frank Glorius from the University of Münster (Germany) has developed a new synthetic method for the targeted synthesis of all four stereoisomers of so-called α,β-disubstituted γ-butyrolactones.

γ-Butyrolactones are widespread motifs in natural products that display a wide range of biological activities. One important example is pilocarpine, a drug used to treat glaucoma. The newly developed synthetic method is based on the combination of two chiral catalysts—an organocatalyst and a metal catalyst—which each independently activate one of the two reaction partners.

“I very much like the picture of these two catalysts working hand in hand together,” Frank Glorius states. The catalysts are not consumed or changed during the course of the reaction, and work in sync to efficiently produce the final product, which contains two stereocenters. As each stereocenter can have two potential orientations – up or down – four possible products could be generated in this case.

The chemists use the different combinations of the two chiral catalysts to control the formation of only one of the four possible products, but are able to access any of the products. This is a quite rare feature that only few chemical processes exhibit.

“Our method streamlines the synthesis of chiral α,β-disubstituted γ-butyrolactones into a single step, starting from simple precursors and using two chiral catalysts. It is a system that basically lets you chose which stereoisomer you want to make,” says Dr. Santanu Singha, one of the lead authors.

“It is amazing, the enantioselectivity is perfect, better than 99 percent, in nearly all of the cases,” continues Dr. Eloisa Serrano, another lead author. Since the γ-butyrolactone products are in the core of multiple natural products with interesting biological activities, the authors expect their method to be of high relevance in drug discovery. The results of the researchers’ work have been published in the latest issue of the journal “Nature Catalysis”.