Home / Life Sciences / Scientists discover how the molecule-sorting station in our cells is formed and maintained
18.11.2019 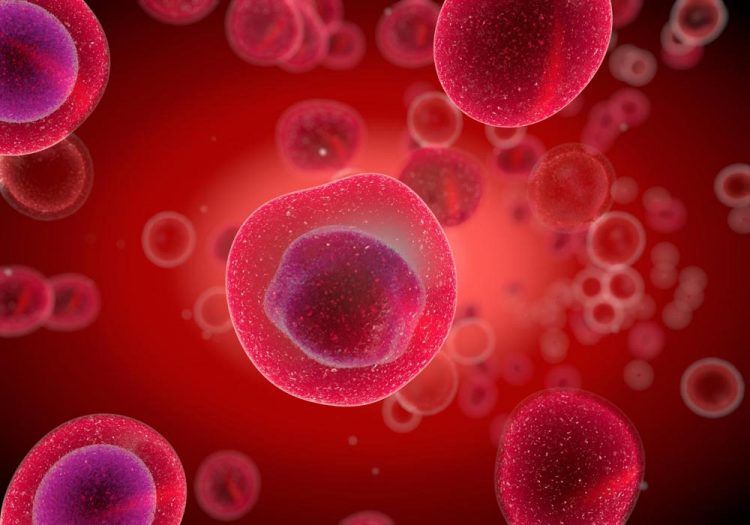 Formation & maintenance of the endosomes are governed by a newly discovered cellular mechanism. Credit: Tokyo University of Science

The cells in our body are workshops that continuously operate to produce and process substances to keep us going. When a substance enters a cell for processing, it is surrounded by a portion of the cell's outer membrane to form a sac.

The sac then buds off into the cell and becomes a vesicle containing the substance. This ingestion of substances by the cell is called endocytosis. The vesicle is then quickly merged with an endosome, an organelle also frequently referred to as a 'sorting station'.

From the endosome, the substance is either recycled back to the cell membrane (for exiting the cell) or forwarded to a lysosome–a cell organelle containing enzymes for the breakdown of substances–for degradation.

The substances entering a cell–and thereby an endosome–could be nutrients or signal molecules for processing, or even pathogenic viruses which can cause disease. It is therefore extremely important to fully understand the molecular basis of how endosomes are formed and maintained.

It is generally accepted by scholars in the field that these endosomes are formed and maintained by a mechanism in which vesicles travelling from the cell membrane constantly fuse into them.

But in a recent study published in Communications Biology, a group of scientists from Japan and Austria, led by Prof Jiro Toshima from the Tokyo University of Science, claims that vesicles transported out of the Golgi–another crucial cell organelle–and not those from the cell membrane are more important for the formation and maintenance of endosomes.

“We used our research to show that endocytic vesicle internalization is not essential, but that vesicle transport from the trans-Golgi network [TGN; the Golgi] is crucial,” the team of scientists–comprising Makoto Nagano (Tokyo University of Science), Junko Y. Toshima (Tokyo University of Technology), Daria Elisabeth Siekhaus (Institute of Science and Technology, Austria) and Jiro Toshima–says.

They base their claim on the results of a series of experiments, involving the introduction of mutations or drugs (two drugs called Brefeldin A and Monensin) into yeast cells, to clarify the mechanism of endosome formation.

As part of the experiments, they first used mutant yeast strains, which harbor mutations that cause defects in the endocytosis process; that is, they caused the ingestion of substances at the cell membrane to be hampered.

Upon observation of the mutated cells, they found that the protein that mediates the formation of endosomes, Rab5, localized at the endosomes as per usual, leading to normal endosome formation.

They then introduced the two drugs into yeast cells to inhibit the transport of specific protein-containing vesicles from the Golgi. By doing so, they expected to find out whether these vesicles are required for the formation and maintenance of endosomes. They saw that smaller amounts of Rab5 localized on the endosomes, hampering endosome formation.

With further similar experiments, Prof Toshima and group saw that certain proteins, which are either resident in the Golgi or recruited to it, are transported from the Golgi to the endosomes where they activate Rab5 and spark the formation of endosomes.

Deleting or deactivating the genes crucial to the transport of these proteins from the Golgi ultimately affects endosome formation.

Thus, considering all of these results together, it appears that endocytosis is not necessary for endosome formation and maintenance, but vesicle transport form the Golgi is. “Our results provide a different view of endosome formation and identify the TGN as a critical location for optimal maintenance and functioning of endosomes,” Prof Toshima says.

Given that endosomes are essential to the functioning of the cell and, by extension, the organism, understanding the mechanism of its upkeep is important. The results of this compelling study reveal but a fraction of this mechanism and much remains to be discovered.

Even so, this advancement in the knowledge of one of the core pathways by which cells process substances in the body can lead to enhanced comprehension of the molecular basis of diseases that involve defective endosomes, thereby leading to better treatments for such diseases.

About the Tokyo University of Science

Tokyo University of Science (TUS) is a well-known and respected university, and the largest science-specialized private research university in Japan, with four campuses in central Tokyo and its suburbs and in Hokkaido. Established in 1881, the university has continually contributed to Japan's development in science through inculcating the love for science in researchers, technicians, and educators.

With a mission of “Creating science and technology for the harmonious development of nature, human beings, and society”, TUS has undertaken a wide range of research from basic to applied science.

TUS has embraced a multidisciplinary approach to research and undertaken intensive study in some of today's most vital fields. TUS is a meritocracy where the best in science is recognized and nurtured.

About Professor Jiro Toshima from the Tokyo University of Science

Dr Jiro Toshima is at present a Professor with the Department of Biological Science and Technology at the Tokyo University of Science, Japan. Having begun research in cell biology and related fields in 1999, he has co-authored over 41 publications, and is the lead author of the present paper. From September 2017, he has served as a Councillor in the Japanese Biochemical Society.