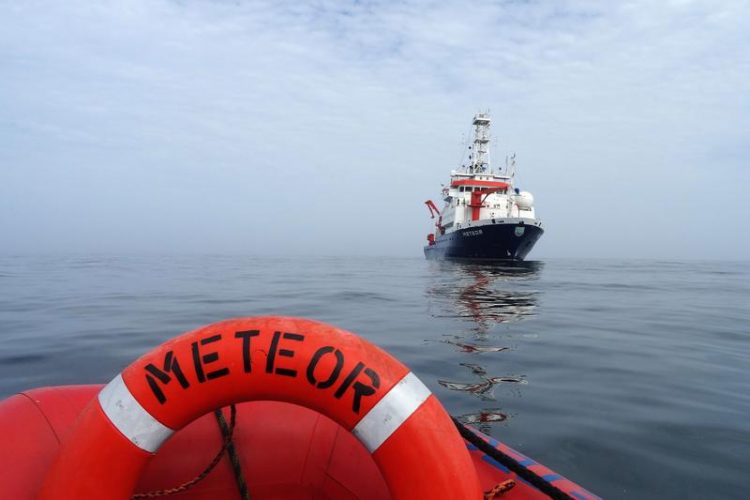 From mid-February to the end of March, the research vessel METEOR is going on a new expedition. On board are scientists from the Leibniz Centre for Tropical Marine Research (ZMT) and nine other research institutions from Germany, Namibia and South Africa.

The research expedition will explore the large Benguela upwelling area off the southwest African coast. Upwelling areas are highly productive marine ecosystems that provide a significant portion of the world's fishing yields and thus play an important role in feeding the world's population.

From the depths of the oceans, large quantities of nutrients flow to the surface, allowing a great deal of plankton to thrive and thus providing the fish population with abundant food.

In recent decades, however, catches in the region have declined significantly, from around five million tonnes at the end of the 1960s to around 1.7 million tonnes today.

In particular, the popular sardines and anchovies, the most important source of protein for the coastal population, are now scarce in the northern Benguela region off Namibia. The number of predators who feed on these schools of fish, such as horse mackerel, hake, sea birds and seals, has decreased accordingly.

“Overfishing is not the main reason for this,” said Dr Werner Ekau, fisheries biologist at the ZMT and head of the expedition. “Namibia has had very effective fisheries management for 30 years.”

The researchers are also surprised that the abundance of fish in the southern part of the upwelling area off South Africa is still considerably higher than in the northern part, although the amount of plankton in the entire Benguela Current is similar and thus provides the fish with a good nutrient basis.

The influence of climate change on the region could provide the researchers with answers. Ocean warming makes plankton thrive even more abundantly in the upwelling region. Large quantities are not eaten, but sink to the depths of the ocean, where they decompose and drive bacterial processes that lead to oxygen depletion in the water.

This in turn causes problems for fish that can no longer complete their life cycle or migrate from the areas. Sardines, for example, have shifted their range south towards the Cape of Good Hope.

On the Meteor expedition, biologists and biogeochemists will jointly investigate the consequences of global environmental changes on the Benguela upwelling area. The ZMT is participating with the work groups Fisheries Biology and Carbon and Nutrient Cycling. The expedition is part of the project TRAFFIC (Trophic Transfer Efficiency in the Benguela Current).

It is being funded for three years by the Federal Ministry of Education and Research and coordinated by the ZMT. TRAFFIC is part of the German Federal Government's programme FONA (Research for Sustainable Development), which aims to protect common ecosystems such as climate, biodiversity, land and oceans.