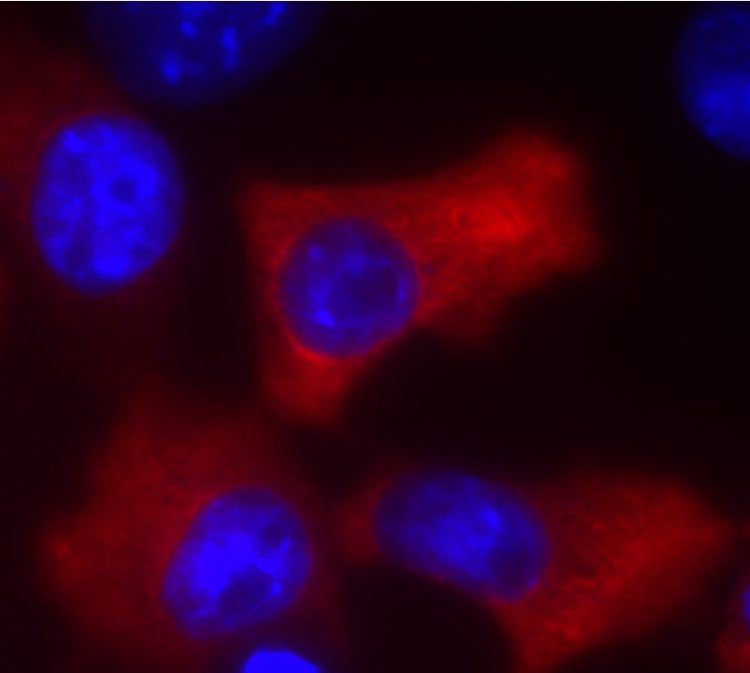 Diabetes mellitus is a chronic disease that has become increasingly prevalent in the population: More than six million people are affected by the disease alone in Germany. It is characterized by a disruption of the glucose metabolism and (except for type 1 diabetes) an impaired response of the body to the hormone insulin. Scientists are currently seeking to find the cause and possible regulators of the disease in order to intervene therapeutically.

A team led by the metabolism expert Professor Stephan Herzig, director of the Institute for Diabetes and Cancer at Helmholtz Zentrum München (IDC), has discovered a new mechanism that is responsible for the regulation of the glucose metabolism. The transforming growth factor beta 1-stimulated clone 22 D4, abbreviated TSC22D4, acts as a molecular switch in the liver and from there regulates genes that can influence the metabolism throughout the body.

“The current study is a successful continuation of our research activities with colleagues from the Internal Medicine at Heidelberg University Hospital,” said study leader Herzig, who left Heidelberg in 2015 to become director of the Institute for Diabetes and Cancer at Helmholtz Zentrum München. Already in 2013 the researchers showed that increased production of TSC22D4 in the liver of mice with cancer leads to severe weight loss (cachexia) . In the present study, they investigated the role of this gene regulator in connection with diabetes.

“The strong influence of TSC22D4 on the metabolism in tumor diseases suggested that it could also play a role in metabolic diseases,” said first author Dr. Bilgen Ekim Üstünel of the IDC. In the current study, the researchers showed in diabetic mice that inactivation of TSC22D4 led to an improvement of the insulin action and glucose metabolism. Further analyses revealed that TSC22D4 in particular inhibits the production of the lipocalin13 protein, which is released as a messenger substance from the liver and can regulate the glucose metabolism in other organs.

To check the relevance of the new mechanism in the clinic, the researchers examined liver tissue specimens of 66 patients with and without type 2 diabetes. They found that in the liver of the diabetes patients compared to people with normal glucose metabolism, the TSC22D4 gene was expressed significantly more often and lipocalin13 was produced correspondingly less often. “For the treatment of diabetes there is only a very limited number of therapeutic targets,” said Herzig. “Next, we want to investigate whether our findings can lead to the development of a new therapeutic approach to treat diabetes and insulin resistance.”

The Institute for Diabetes and Cancer (IDC) is a member of the Helmholtz Diabetes Center (HDC) at the Helmholtz Zentrum München and a partner in the joint Heidelberg-IDC Translational Diabetes Program. The Institute for Diabetes and Cancer is tightly integrated into the German Center for Diabetes Research (DZD) and into the special research area “Reactive Metabolites and Diabetic Complications” at the Heidelberg University Medical School. The IDC conducts research on the molecular basis of severe metabolic disorders, including metabolic syndrome and type 2 diabetes, as well as their roles in tumor initiation and progression. http://www.helmholtz-muenchen.de/idc

Technical University of Munich (TUM) is one of Europe’s leading research universities, with more than 500 professors, around 10,000 academic and non-academic staff, and 39,000 students. Its focus areas are the engineering sciences, natural sciences, life sciences and medicine, reinforced by schools of management and education. TUM acts as an entrepreneurial university that promotes talents and creates value for society. In that it profits from having strong partners in science and industry. It is represented worldwide with a campus in Singapore as well as offices in Beijing, Brussels, Cairo, Mumbai, San Francisco, and São Paulo. Nobel Prize winners and inventors such as Rudolf Diesel, Carl von Linde, and Rudolf Mößbauer have done research at TUM. In 2006 and 2012 it won recognition as a German “Excellence University.” In international rankings, TUM regularly places among the best universities in Germany. http://www.tum.de/en/homepage

Heidelberg University Hospital is one of the largest and most prestigious medical centers in Germany. The Medical Faculty of Heidelberg University belongs to the internationally most renowned biomedical research institutions in Europe. Both institutions have the common goal of developing new therapies and implementing them rapidly for patients. With about 12,600 employees, training and qualification is an important issue. Every year, around 66,000 patients are treated on an inpatient basis and around 1.000.000 cases on an outpatient basis in more than 50 clinics and departments with 1,900 beds. Currently, about 3,500 future physicians are studying in Heidelberg; the reform Heidelberg Curriculum Medicinale (HeiCuMed) is one of the top medical training programs in Germany. http://www.klinikum.uni-heidelberg.de

Universität Leipzig has the second-oldest uninterrupted history of any university in Germany. The Faculty of Medicine is a training centre for some 3,200 students of human and dental medicine. Made up of about 50 institutes, units and clinics it’s one of the largest medical faculties anywhere in Germany. It works closely together with both related faculties and other areas of research, providing superb conditions for students, lecturers and researchers alike. http://www.medizin.uni-leipzig.de