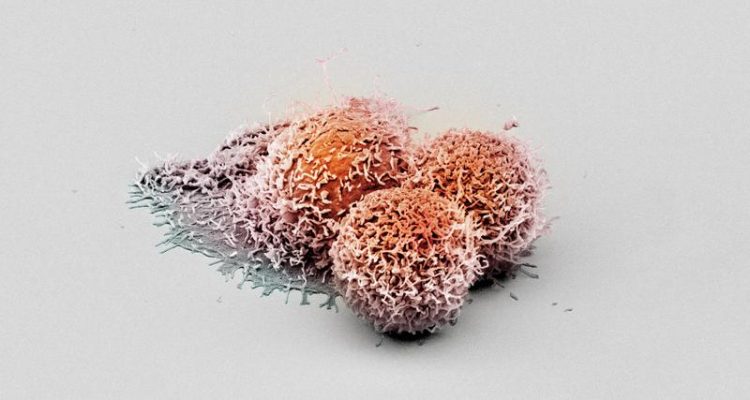 The incidence of liver cancer, also known as hepatocellular carcinoma, is steadily increasing. In the last twenty years, the number of cases has almost doubled in Switzerland. Hepatocellular carcinoma is usually diagnosed at a very late stage when the liver is already severely damaged and hence overall prognosis is poor. Detection of the anti-cancer protein LHPP as a biomarker may allow clinicians to provide better treatment options.

Liver tumors develop from mutated cells that grow and proliferate uncontrollably. Anti-cancer proteins, so-called tumor suppressors, prevent uncontrolled cell growth. Tumor suppressors are often defective in cancer cells. The researchers led by Prof. Michael N. Hall, Biozentrum of the University of Basel, have now discovered a new, so far unknown tumor suppressor, the protein LHPP. In their study, they show that the loss of LHPP promotes tumor growth and reduces the chance of survival of cancer patients. LHPP could potentially be used as a prognostic biomarker.

The researchers generated a mouse model for hepatocellular carcinoma by activating mTOR signaling specifically in the liver. They analyzed a total of more than 4,000 proteins, comparing them in healthy and tumor tissue. An enzyme emerged as the top favorite: the histidine phosphatase LHPP. “It is striking that LHPP is present in healthy tissue and completely absent in tumor tissue,” says first author Sravanth Hindupur. Re-introduction of the genetic information for LHPP by the researchers prevents the formation of tumors and maintains liver function.

Loss of LHPP in cancer patients

“Similar to the mouse model, we also saw a striking decrease in LHPP levels in tumors of patients with liver cancer,” says Hindupur. Additionally, both disease severity and life expectancy correlate with LHPP levels. With complete loss of the tumor suppressor, cancer patients die on average two years earlier. LHPP is useful as a biomarker to classify tumors.

LHPP is a phosphatase that removes histidine-linked phosphate groups from proteins. Like all amino acids, histidine is a basic component of proteins. Histidine phosphorylation of proteins has been poorly investigated due to the lack of suitable tools. “Tony Hunter, from the Salk Institute in the USA, has provided us with new tools to analyze histidine phosphorylation. We have now been able to visualize a whole new layer of complexity in tumor formation,” says Hindupur.

Due to the absence of LHPP, global protein histidine phosphorylation is increased, which can lead to activation of several important functions and uncontrolled cell proliferation. This absence promotes the growth of tumors via increasing histidine-phosphorylated proteins. The tumor suppressor LHPP may also play a role in the development of other cancers.