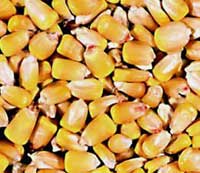 In news that will surely fan the flames of the heated debate over genetically modified crops, scientists have found evidence that genes from GM plants can spread far and wide to native ones. According to a report published today in the journal Nature, wild corn from the remote mountains of Oaxaca, Mexico contains transgenic DNA. This, the researchers note, bolsters concerns that such unintentional contamination can threaten the genetic diversity of natural crops.

DNA analyses of the Oaxaca corn revealed several signs of gene transfer from transgenic plants, including a gene of Bacillus thuringiensis (Bt), a bacterium that produces a toxin lethal to common pests. The results came as a surprise to study co-author Ignacio Chapela of the University of California. “I repeated the tests at least three times to make sure I wasn’t getting false-positives,” he remarks. “It was initially hard to believe that corn in such a remote region would have tested positive.”

Indeed, exactly how the contamination occurred remains a mystery. Previously, some researchers have asserted that corn pollen is too heavy to be carried long distances by the wind. And Mexico has had a moratorium on the planting of GM corn since 1998. The closest a GM corn crop has ever come to the Oaxaca plants, as far as anyone knows, is 60 miles away. “It’s not clear if the moratorium was poorly enforced, or the contamination occurred before the moratorium was enacted,” Chapela comments. “Whatever the source, it’s clear that genes are somehow moving from bioengineered corn to native corn.”

The contamination is particularly troubling, Chapela says, because areas of crop origin and diversification like Oaxaca house “bank accounts” of genetic diversity—the best insurance against disease, pests and changing climates. And with regard to global food security he notes, “we can’t afford to lose that resource.”