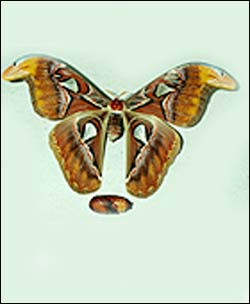 To avoid damage from too much oxygen, say researchers, challenging previous theories


A new study investigating the respiratory system of insects may have solved a mystery that has intrigued physiologists for decades: why insects routinely stop breathing for minutes at a time.

Challenging previous theories, researchers at UC Irvine and Humboldt University propose that insects such as grasshoppers, moths, butterflies, some types of fruit flies, beetles and bugs close off their respiratory systems periodically to keep out excess oxygen, thus preventing damage to their tissues.

Timothy Bradley, professor of ecology and evolutionary biology at UCI, and Stefan Hetz, assistant professor of physiology at Humboldt University, Germany, report their findings in the Feb. 3 issue of Nature.

The insect respiratory system is designed to accommodate occasions when the insect is active. For example, a grasshopper is most active when it flies. When the grasshopper is inactive and resting, however, it continues to breathe in oxygen at the same high volume it uses while flying. The result is excess internal oxygen that can cause oxidative damage – the destruction of biomaterial due to excess oxygen – to tissues. To protect their bodies, insects like grasshoppers discontinue breathing.

“We propose that most insects stop breathing in order to lower their internal oxygen concentration to physiologically safe levels, and that they then substantially reduce gas exchange to maintain the oxygen at these safe values,” Bradley said. “This hypothesis explains the respiratory pattern of insects in different environments in ways that previous models can’t.”

Two previous models for explaining why insects punctuate their breathing with periods of closure are (1) such discontinuous breathing reduces water loss and (2) it enables insects to rid their bodies of carbon dioxide, respiration’s byproduct, when the insects are underground. As is true for miners, insects, while underground, are faced with high-carbon-dioxide and low-oxygen amounts, necessitating a better ventilation system. While oxygen is essential for their cells to produce energy, the removal of carbon dioxide from their bodies is equally important to prevent its toxic buildup in tissues.

“Even in our own case, our bodies have to supply oxygen to our tissues, but they must also keep out excess oxygen to prevent oxidative damage to the tissues. This damage is closely related to aging. Hence, perhaps, the many anti-oxidative creams flooding the market to combat aging. The concentration of oxygen in the air we breathe is toxic to us. Indeed, fruit flies, which have been studied closely for decades, die sooner from aging in a high-oxygen environment.”

Insects take in oxygen through spiracles – tubes connected to openings in their sides. In their study, the researchers inserted fine tubes into the spiracles of a moth to measure not only how much carbon dioxide the moth released but also the concentration of oxygen in its trachea, the series of tubes that carry air directly to cells for gas exchange. Using a respirometer (an instrument for measuring respiration that consists of a chamber with a flow-through air system), they monitored the moth’s breathing pattern. The chamber, which housed the moth being studied, was filled first with air that had been freed of carbon dioxide. Next, a device measured when and how much carbon dioxide originated from the insect.

Bradley explained that insects typically maintain 4-5 kilopascals of oxygen in their respiratory systems, 4-5 times lower than the normal oxygen concentration in the atmosphere. In a normal oxygen-concentration environment, the insect breathes for a period of time and releases a burst of carbon dioxide. It then closes its respiratory system, blocking off more intake of oxygen, to maintain the internal oxygen concentration at 4-5 kilopascals, the right oxygen concentration for its body. In a low-oxygen environment, the insect opens its respiratory system for longer periods of time; when it closes the system, it does so for only a very short time. In a stream of air with high oxygen on the other hand, the respiratory system opens briefly and then closes firmly for a long time. “In other words, insects are actively keeping oxygen out and doing it in a way that shows they know how to measure oxygen,” Bradley said. “Their behavior indicates they are regulating oxygen.”

Bradley and Hetz will next work on developing a comprehensive model of insect breathing. “We’d like to expand our present model to explain all aspects of insect breathing. And we’d like to examine insects that do not show this pattern – for example, desert beetles. While we have shown that insects monitor oxygen precisely, we do not know how that happens or which tissues and cells are involved. Once we’re equipped with a better knowledge of the insect breathing pattern it could shed light on when pesticides should be used to control insects – crucial for the agricultural industry.”

The research was funded by a grant to Bradley from the National Science Foundation.