Regeneration in the digestive tract 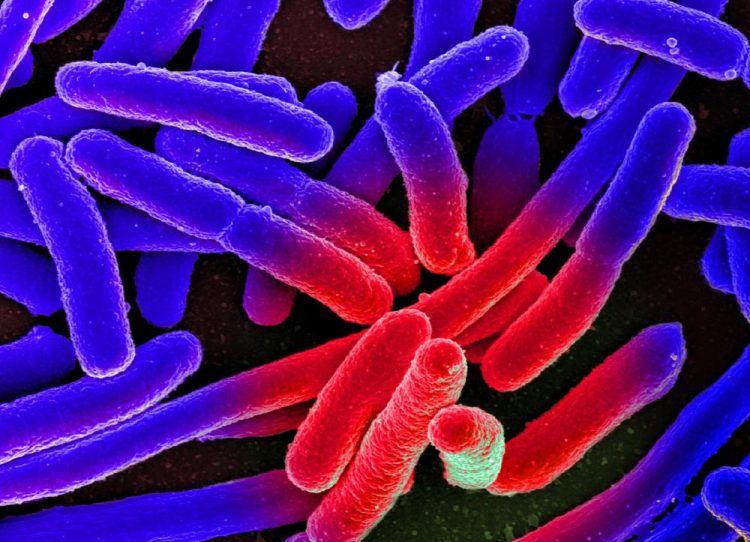 The human digestive tract houses a universe of tiny organisms. There are roughly as many bacteria in the gut as there are people living on earth.

These microorganisms almost always serve the well-being of their host. They help to digest food, produce vitamins, and train the immune system. In addition, their very presence helps stem the spread of pathogens.

But the intestinal microcosm, also known as the microbiome, is sensitive to disruptions. “When thrown out of balance, there is a risk of infection, excess weight, and diabetes, as well as inflammatory and neurological diseases,” says Dr. Sofia Forslund, who in May this year switched from the European Molecular Biology Lab (EMBL) in Heidelberg to the Max Delbrück Center for Molecular Medicine (MDC) in Berlin to study the complex interactions between humans and microbiomes.

In a study published recently in Nature Microbiology, Forslund, together with colleagues from Denmark, Germany, and China, investigated how broad-spectrum antibiotic therapy affects the interaction of gut bacteria.

“We were able to show that the microbiome had almost completely recovered six months after drug administration,” says the Swedish researcher. But only “almost”: “Some sensitive bacterial species disappeared completely,” says Forslund.

In the four-day study, the team led by MDC researchers and two scientists from the University of Copenhagen administered a cocktail of three antibiotics (meropenem, gentamicin, and vancomycin) to twelve healthy young men who had agreed to participate. These drugs are mainly used when more common antibiotics no longer work, due to the bacteria already having become resistant to them.

Some types of bacteria survived the drug administration

The team also paid particular attention to resistance genes, with which the microbes defend themselves against drugs. “Our study is probably the first to investigate the influence of antibiotics on bacterial gene activity,” says Forslund.

It was first shown that the gut had not become completely sterile despite the administration of three potent antibiotics, reports the researcher. Among the remaining bacteria, the team even discovered some previously unknown species that have not yet been characterized. Other microbes shrank and turned into spores – a life form in which bacteria can persist for many years in precarious conditions without losing their original properties.

The subsequent repopulation of the gut was gradual. “Similar to when a forest slowly recovers after a fire,” says Forslund. However, according to the researcher, bacteria with disease-causing properties, such as Enterococcus faecalis and Fusobacterium nucleatum, initially appeared more frequently. At the same time, the team was able to identify many virulence factors in the microorganisms – structures and metabolites that are more harmful to humans. “This observation explains why most antibiotics cause gastrointestinal disturbances,” says Forslund.

Over time, however, the intestinal flora normalized again. Bad microbes were increasingly replaced by good bacteria such as the lactic acid-producing bifidobacteria that are instrumental in keeping pathogens away. After six months, the subjects' microbiome was nearly the same as before. However, more than a few of the earlier bacterial varieties were missing.

“As expected, the number of resistance genes in the bacteria also increased,” reports Forslund. Surprisingly, it was not the case that the bacterial species that reappeared most rapidly after antibiotic administration also had the most resistance genes. “This genetic material seems more likely to play a long-term role in gut repopulation,” says the researcher.

The lung microbiome will also be investigated further

“Given the apparently permanent loss of individual species and the increased number of resistance genes, the study shows once again how important it is to administer antibiotics with care,” Forslund emphasizes, adding: “It must also be further explored how to increase future success rates in protecting the sensitive microbiome from damage caused by antibiotics.”

The scientist plans to contribute to this research. For example, the MDC is currently running an observational study through which Forslund wants to find out how longer-term antibiotic treatments affect gut biodiversity – and whether a greater depletion of species increases the risk of obesity and metabolic diseases. She would also like to investigate how often gut bacteria exchange their resistance genes during antibiotic administration. A study investigating the influence of these drugs on the lung microbiome is already in the planning stage.

The Max Delbrück Center for Molecular Medicine in the Helmholtz Association (MDC) was founded in Berlin in 1992. It is named for the German-American physicist Max Delbrück, who was awarded the 1969 Nobel Prize in Physiology and Medicine. The MDC's mission is to study molecular mechanisms in order to understand the origins of disease and thus be able to diagnose, prevent, and fight it better and more effectively. In these efforts the MDC cooperates with the Charité – Universitätsmedizin Berlin and the Berlin Institute of Health (BIH) as well as with national partners such as the German Center for Cardiovascular Research and numerous international research institutions. More than 1,600 staff and guests from nearly 60 countries work at the MDC, just under 1,300 of them in scientific research. The MDC is funded by the German Federal Ministry of Education and Research (90 percent) and the State of Berlin (10 percent), and is a member of the Helmholtz Association of German Research Centers. http://www.mdc-berlin.de