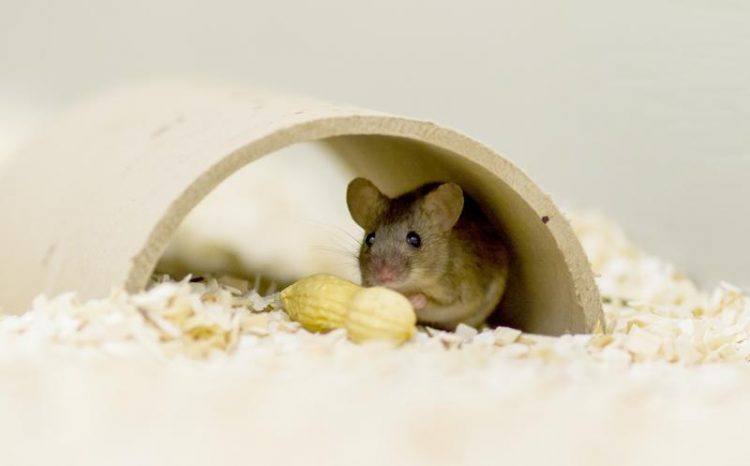 Testosterone is the main reproductive hormone in male vertebrates. Conventional methods to assess testosterone rely on invasive blood sampling procedures, which can induce pain and distress to the animals.

Analysing hormone metabolites – the metabolized products of a specific hormone – in excreta would be a fast and simple alternative. However, metabolism and excretion of hormones vary considerably between species and sometimes even between sexes, which has previously limited the applicability of this method.

Breakthrough in hormone sampling from excreta

A team from Vetmeduni Vienna headed by Kerstin E. Auer of the Institute of Laboratory Animal Science and Rupert Palme of the Unit of Physiology, Pathophysiology and Experimental Endocrinology, in collaboration with the Institute of Animal Welfare, Animal Behavior and Laboratory Animal Science at the Freie Universität Berlin, has now taken the decisive step to validly assess hormone levels in excreta of mice.

According to Kerstin E. Auer, the new procedure can be used in numerous areas: “Our non-invasive method to assess faecal TMs can be widely used to investigate hormone-behaviour relationships and can be applied in various other research areas such as reproduction, animal welfare, ecology, conservation and biomedicine.”

The animals themselves benefit from the development of the new test procedure, as invasive blood sampling is no longer necessary for the determination of hormone metabolites. With the data that were obtained, the scientists were also able to extend their knowledge of the endocrine physiology of mice.

The aim of the study was to establish a non-invasive alternative to conventional blood sampling procedures for hormone assessment. The research team assessed testosterone metabolites (TMs) in faecal and urinary samples in mice and validated the applied EIA to measure TMs. The researchers also assessed diurnal fluctuations in TM excretions in male and female mice and across mouse strains.

“We found that males excreted significantly more radio-labelled TMs via the faeces compared to females and that TM excretion patterns differed significantly between urinary and faecal samples. TM excretion also depended on the animal’s activity patterns. Animals excreted TM faster during the night, when they were more active, than during the day, when they were in their resting period. We found no strain-specific differences between the animals. However, males did show diurnal fluctuations in their testosterone levels in comparison to females. As expected, males also showed higher faecal TM levels than females,” says Kerstin E. Auer.

About the University of Veterinary Medicine, Vienna:
The University of Veterinary Medicine, Vienna in Austria is one of the leading academic and research institutions in the field of Veterinary Sciences in Europe. About 1,300 employees and 2,300 students work on the campus in the north of Vienna which also houses five university clinics and various research sites. Outside of Vienna the university operates Teaching and Research Farms. The Vetmeduni Vienna plays in the global top league: in 2019, it occupies the excellent place 5 in the world-wide Shanghai University veterinary in the subject “Veterinary Science”. http://www.vetmeduni.ac.at