New Mechanisms of Gene Inactivation may prevent Aging and Cancer 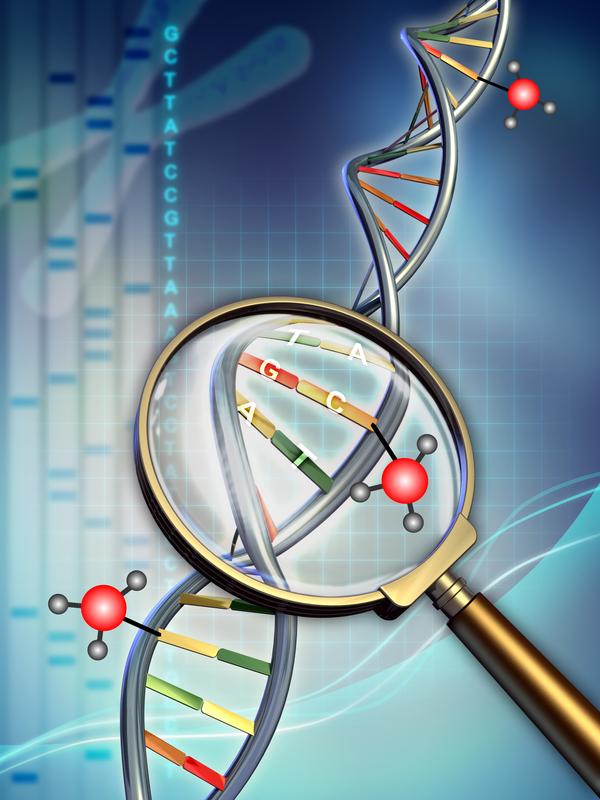 Each cell in the body contains the basic building plan of our entire organism. It is written in the “DNA” and comprises single genes which determine specific individual attributes. Gene expression is strictly regulated in order to build tissue-specific cells with tissue-specific attributes. For example in an intestinal cell, the genetic information is activated that forms the cell’s identity as intestinal cell.

In this strictly regulated process, methyl groups play an important role. If they are enzymatically bound to a gene’s starting point, known as the promoter, the respective gene is inactivated. In this case, the DNA is “methylated”. During aging as well as during the development of age-induced diseases like cancer, the activation of genetic information is increasingly defective. However, as of yet, the detailed processes of these errors and the role that DNA methylation has in these processes have only poorly been understood.

It was known for some time that DNA methylation at the promoters of a gene fulfills the function of an on/off switch. One of the big open questions in Epigenetics is why DNA within the gene body (where the important genetic information is located) is methylated as well. This question was now addressed by scientist Francesco Neri from the Leibniz Institute on Aging – Fritz Lipmann Institute (FLI) in Jena, Germany, and his colleagues from the Human Genetics Foundation and the Torino University, Italy.

They proved that genes are also aberrantly activated if – beyond promoters – DNA methylation is missing within the gene body. As a consequence, aberrant proteins are produced, which impinge on the cell structure. Thus, the function and identity of a cell are massively disrupted: cells degrade, cancer may emerge. These results, which answer one of the biggest open questions in Epigenetics, were published in the renowned Journal Nature on February 22, 2017.

Gene expression can be regulated chemically: A target for cancer therapy?

“What makes these results so stunning is that we finally are able to explain why DNA methylation is very often missing in cancer cells. Thus, DNA is not protected from miss-activation, leading to the production of more and more aberrant proteins and the dominance of cancer cells”, Dr. Francesco Neri, who is Junior Group Leader at the FLI and one of the study’s leaders, explains.

But in contrast to the accumulation of damages within the DNA, these epigenetic alterations as we see it for DNA methylation, can– in principal – be regulated by chemical compounds. “This new knowledge that a lack of DNA methylation at the gene body may lead to the production of aberrant proteins, might offer a new target for cancer therapy. If we succeed to find a way to traffic methyl groups to non-methylated DNA sequences of cancer cells, we could possibly stop proliferation of these cells”, Dr. Neri hopes. But there is still a long way to go.

The Leibniz Association connects 91 independent research institutions that range in focus from the natural, engineering and environmental sciences via economics, spatial and social sciences to the humanities. Leibniz Institutes address issues of social, economic and ecological relevance. They conduct knowledge-driven and applied basic research, maintain scientific infrastructure and provide research-based services. The Leibniz Association identifies focus areas for knowledge transfer to policy-makers, academia, business and the public. Leibniz Institutes collaborate intensively with universities – in the form of “WissenschaftsCampi” (thematic partnerships between university and non-university research institutes), for example – as well as with industry and other partners at home and abroad. They are subject to an independent evaluation procedure that is unparalleled in its transparency. Due to the institutes’ importance for the country as a whole, they are funded jointly by the Federation and the Länder, employing some 18,600 individuals, including 9,500 researchers. The entire budget of all the institutes is approximately 1.7 billion EUR. See http://www.leibniz-association.eu for more information.