Home / Life Sciences / New insight into the molecular weapons of the plant microbiome
06.02.2018

New insight into the molecular weapons of the plant microbiome 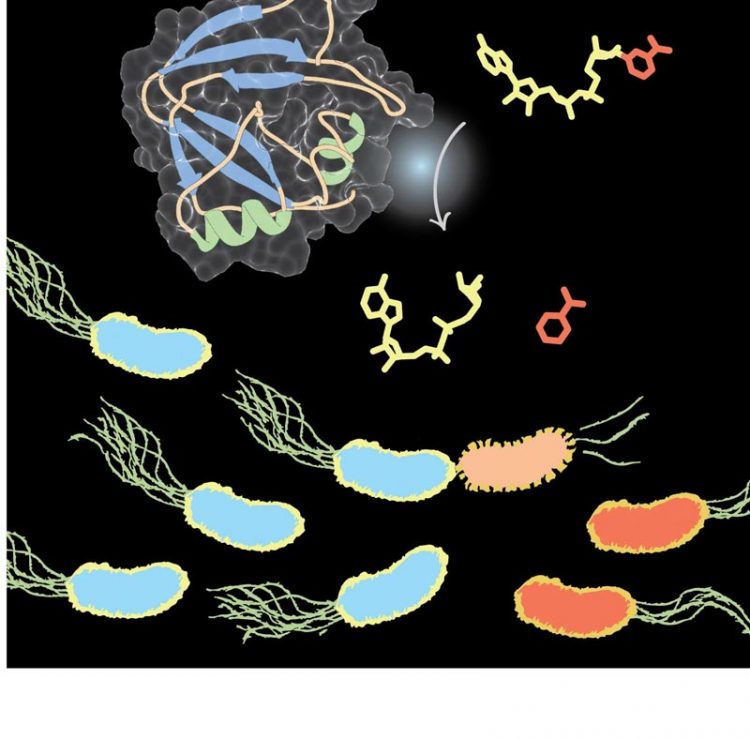 The bacterium Pseudomonas protegens can kill soil-dwelling plant pathogens, including fungi and bacteria that attack the roots of important crops such as cotton. Pseudomonas protegens releases diverse antimicrobial compounds into the soil, but John Whitney was curious specifically about the compounds that it was injecting directly into other bacteria through the type VI secretion system, or T6SS.

“[The T6SS] is this molecular nanomachine that injects toxic protein into other species of bacteria and kills them,” Whitney said. “Plant protective bacteria that have [T6SS] can protect plants from pathogens better relative to [bacteria] that don't have it.”

Jenny Tang and Nathan Bullen, undergraduate students from the University of Waterloo working with Whitney on a co-op work-study assignment, spearheaded the discovery that the toxic protein used by P. protegens against other bacteria acts on a molecule found in nearly all living cells: nicotinamide adenine dinucleotide, or NAD+.

NAD+ is a cofactor, or “helper” molecule, in many biochemical reactions. By injecting a protein that destroys NAD+, P. protegens is able to kill other bacteria.

The team then investigated the genome sequences of many other bacteria to see how widespread the strategy of targeting NAD+ is in microbial warfare. They found that many bacteria with secretion systems carry genes similar to the one encoding the NAD-targeting toxin.

“We started to see that this isn't just a way of killing that is enacted by plant-protective bacteria,” Whitney said. “If you look at the distribution of this (protein) among all sequenced bacteria, it appears that many different bacteria in many different environmental niches use this mode of action to outcompete other bacteria.”

The abundance of these toxins in nature raises many questions: How do different bacteria in different environments evolve to resist this toxin? Are NAD-targeting toxins more effective against some bacterial species than others? Understanding the diversity of bacterial weapons is an active area of study among agricultural researchers who would like to develop better ways to fight plant diseases.

“The identification and characterization of antibacterial toxins produced by plant-protective bacteria may one day allow us to engineer these bacteria to have enhanced ability to suppress pathogens,” Whitney said.

The work was funded by McMaster University and the Natural Sciences and Engineering Research Council of Canada.

About the Journal of Biological Chemistry

JBC is a weekly peer-reviewed scientific journal that publishes research “motivated by biology, enabled by chemistry” across all areas of biochemistry and molecular biology. The read the latest research in JBC, visit http://www.jbc.org/.

The ASBMB is a nonprofit scientific and educational organization with more than 12,000 members worldwide. Most members teach and conduct research at colleges and universities. Others conduct research in various government laboratories, at nonprofit research institutions and in industry. The Society's student members attend undergraduate or graduate institutions. For more information about ASBMB, visit http://www.asbmb.org.