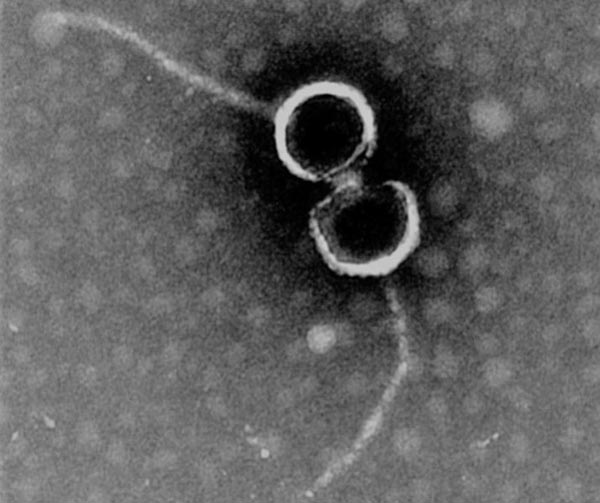 It is general knowledge that, unfortunately, ICUs are critical locations for the transmission of dangerous microorganisms. What is less known is that bacteria may develop a synergistic relationship with a special form of virus called bacteriophages that allows the bacteria to develop new survival strategies.

Viruses and bacteria in the ICU

A research team led by Friederike Hilbert from the Department of Farm Animals and Veterinary Public Health at Vetmeduni Vienna and Cátia Pacífico from the private Karl Landsteiner University of Health Sciences have for the first time investigated the relationship between bacteriophages and bacteria in an intensive care unit.

The researchers isolated Staphylococcus aureus from the surroundings of all patients examined but failed to detect lytic phages of either Staphylococcus or Escherichia coli in any of the samples.

Despite the absence of lytic bacteriophages, two of the clinical isolates studied contained mitomycin C-inducible prophages. The study also highlights the problem of multidrug resistant bacteria in ICUs. Due to the use of virucidal disinfectants, phages were not viable in this study.

This study is particularly exciting because of the phages that were investigated. Not only can they prolong the persistence of bacteria, they can also kill them. Phages have therefore attracted interest as potential biocontrol agents, and bacteriophage-based products may be effective at eliminating or reducing the bacterial load in critical settings such as hospitals.

The phages isolated in this study, however, show that further investigation is necessary on the functional diversity and impact of bacteriophages as well as their association with the bacteria living in the same environment. The findings from such studies will help to understand phage ecology and critically assess phage applications in the future.

The study was made possible by several recent advances, in particular the development of high-throughput sequencing technologies enabling the complete characterization of microbiomes – not only bacteria but also viruses. Moreover, the scientific community is increasingly turning its attention to how microorganisms interact with the environment and with one another. Unlike the present study, previous work on the bacterial colonization of ICUs had not considered the role of bacteriophages.

Phages are the most abundant members of the human virome and are present in every community examined. Their wide distribution in the environment impacts both viral diversification and the bacterial host, shaping microbial communities towards an expanded functional diversity of the ecosystems.

So-called lytic phages kill their bacterial host cell, while temperate bacteriophages (or lysogenic phages) either integrate into the bacterial genome (forming a so-called prophage) or exist as a plasmid in the bacterial cytoplasm. The existence of prophages in the bacterial genome acts as a supplementary gene pool of horizontally transferred genes that confers higher fitness to the bacteria, for example thanks to the presence of virulence genes, antimicrobial resistance genes and/or survival factors.

About the University of Veterinary Medicine, Vienna:
The University of Veterinary Medicine, Vienna in Austria is one of the leading academic and research institutions in the field of Veterinary Sciences in Europe. About 1,300 employees and 2,300 students work on the campus in the north of Vienna which also houses five university clinics and various research sites. Outside of Vienna the university operates Teaching and Research Farms. The Vetmeduni Vienna plays in the global top league: in 2019, it occupies the excellent place 5 in the world-wide Shanghai University veterinary in the subject “Veterinary Science”. http://www.vetmeduni.ac.at