Edible Dormice: The older they get, the more they rejuvenate their cells 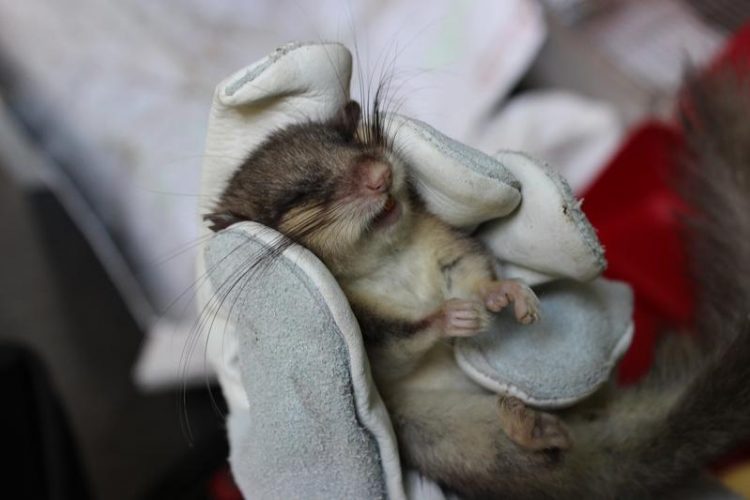 “As far as I know, no previous study has reported such an effect of age on telomere lengthening,” says Franz Hoelzl, one of the authors. Apparently, this unique pattern is due to the peculiar life history of this species. They can reach maximum lifespan of 13 years, which is a Methuselah-like age for a small rodent.

“This extreme lifespan is almost certainly related to their ability to rejuvenate telomeres”, says Hoelzl. Telomeres are the endcaps of chromosomes, which prevent, together with proteins, the degradation of coding DNA sequences.

Telomeres in small animals shorten fast, but in edible dormice they even grow

In normal somatic cells, telomeres are shortened with every cell division. Besides, oxidative stress has a strong effect on telomere erosion. However, the rate of telomere shortening differs between species. For instance, it has been shown before that telomeres in fast-aging, short-lived wild animals erode more rapidly than in slow-aging, long-lived species.

Earlier this year, the author Franz Hoelzl and his colleagues from Vetmeduni Vienna showed that edible dormice has the capability to re-elongated its telomeres, given that food availability is high. This finding raised the question about the long-term balance between telomere attrition and repair.

To find an answer, the team started a long-tem study on changes in telomere length. In the Vienna Woods in Austria they regularly checked 130 nest-boxes that are occupied by free-living dormice. The researchers collected the rodent’s buccal mucosa for three years. Thus, they could extract the DNA and determine the relative telomere length for each dormouse individually using qPCR. With this method scientists can define the amount of target DNA compared to a reference gene of the same sample.

Elongation does not only occur, it even increases in older edible dormice

“We found out that the telomeres were shortened in young animals but length significantly increased once the dormice were six years old or older. To top it all, the rate of telomere elongation also increased with increasing age of the dormice”, says Franz Hoelzl.

Among the variables tested, only age significantly affected RTL in a non-linear pattern with telomere length decreasing in younger and increasing in older dormice. Hoelz says, “Telomere length was not affected by time of the year, sex, body mass or reproductive activity at the time of sampling.”

Nevertheless, the analysis of long term reproduction-data of the same population shows that the probability to reproduce also increases with age. This finding could indicate that telomere elongation is actually part of the preparation for upcoming reproductive events, as gestation and lactation could increase oxidative stress and the animals may attempt to protect their genome.