Home / Life Sciences and Chemistry / Corals and sponges communicate by using their metabolism
08.01.2016

Corals and sponges communicate by using their metabolism 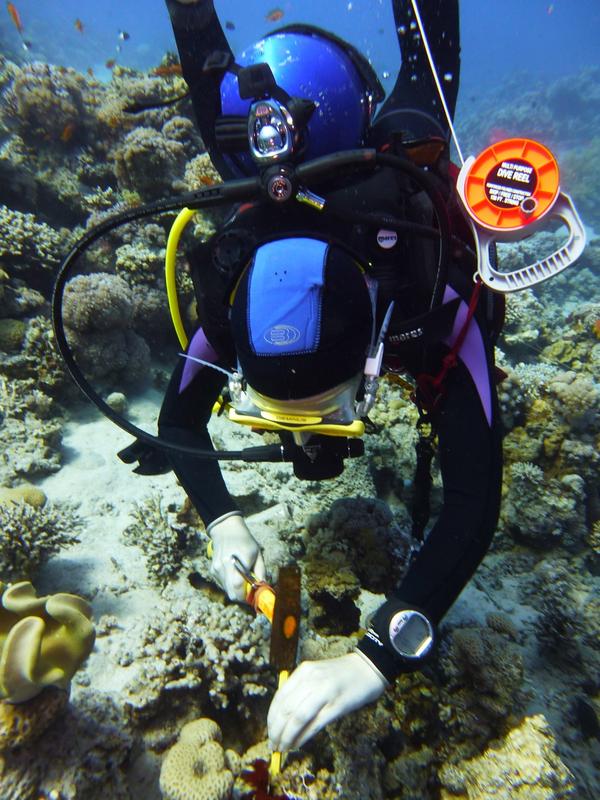 These interesting findings have now been published in the prestigious multidisciplinary journal Scientific Reports (http://www.nature.com/articles/srep18715) by lead author Dr. Laura Rix, who recently obtained her PhD from University of Bremen.

The researchers found that coral mucus, which is continuously released by corals in large quantities, is rapidly taken up by neighboring sponges. This is remarkable, because the majority of this coral mucus immediately dissolves in the water and is microscopically small. Consequently, this energy- and nutrient-rich mucus cannot be consumed by most other organisms living on the reef.

Sponges, however, exhibit the unique ability to transfer the energy and nutrients in dissolved coral mucus to other reef organisms. Via a process called “sponge loop”, they transform invisible dissolved organic matter into visible particles.

They do this via extremely fast cell turnover rates, which result in the release of cell pellets. These pellets can then be used as food source by many different reef organisms (e.g. worms, snails, crabs, sea stars), enabling the energy and nutrients in coral mucus to transferred back into the coral reef food web.

The team of scientists made this discovery by carrying out a series of parallel experiments at research stations in Jordan at the Red Sea and in Sweden at the north Atlantic – two extremely different locations more than 3000 km apart from each other.

Corals and sponges were collected in Jordan from 5-10 m water depth by SCUBA divers and in Sweden from water depths of more than 100 m using a remotely operated vehicle. Despite the pronounced differences in the two locations, the experimental results were very similar. The coral mucus was always readily taken up by the sponges, and very rapidly 20-40 % of this ingested material was transformed into particulate pellets.

The exiting aspect of this discovery is that this newly discovered food web link between corals and sponges functions similarly in both shallow warm-water and deep-sea cold-water coral reefs, acting to preserve precious energy and nutrients for many reef organisms. This is particularly important because food and nutrients are very scarce on warm- and cold-water coral reefs.