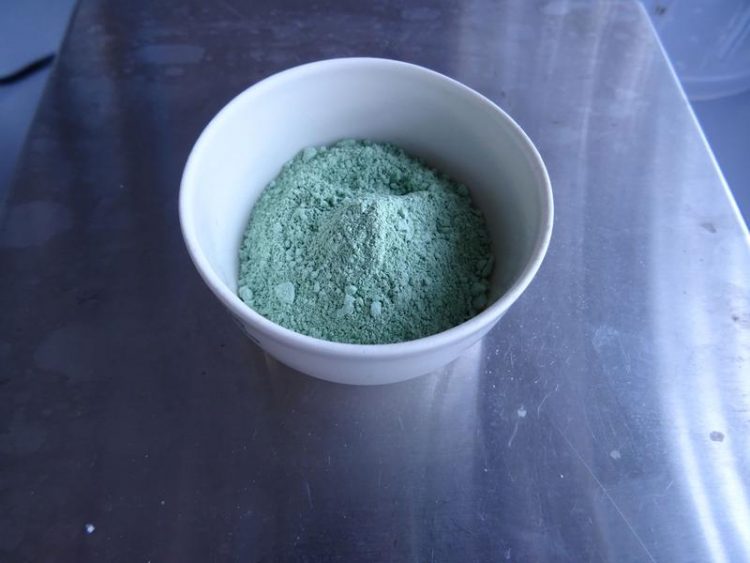 Swift action is needed to limit the increase in global warming to well below 2°C, as agreed in the Paris Framework Convention on Climate Change.

For the industrial sector, the Fraunhofer Institute for Interfacial Engineering and Biotechnology IGB has developed various new technological solutions for using the greenhouse gas carbon dioxide (CO2), which is generated during combustion processes, as a raw material for the production of chemicals, fuels or chemical energy storage systems.

Catalysts are key players in the chemical and electrochemical conversion of CO2. They accelerate reactions, but are not consumed themselves. In cars, for example, the “catalyst”, usually in the form of precious metals such as platinum, rhodium or palladium, converts toxic substances in the exhaust gas.

Fraunhofer IGB not only optimizes the catalytic converters. “We are also developing new processes and design appropriate plants to convert CO2 electrochemically – with electricity from renewable energies – or chemically; or we combine these with biotechnological processes,” says Unkelbach.

Optimized catalyst synthesis for the production of regenerative methanol

The metal copper plays a major role as a catalyst in the synthesis of regenerative methanol from CO2 and electrolytically produced hydrogen. Methanol is a versatile chemical feedstock that is also becoming increasingly important for the energy sector, both as a fuel additive for combustion engines and as an energy carrier in fuel cells.

According to a DECHEMA study, up to 1.5 tonnes of CO2 emissions per tonne of methanol could be avoided if methanol were not synthesized from fossil raw materials, but from CO2 or other regenerative raw materials (A.M. Bazzanella, F. Ausfelder, DECHEMA e.V. Technology Study – Low carbon energy and feedstock for the European chemical industry, DECHEMA, 2017).

The catalysts for methanol synthesis are produced from copper-containing solutions, nowadays using complex precipitation processes over several intermediate stages. “In order to save energy, time and resources during catalyst synthesis on an industrial scale, we have optimized the process for continuous operation,” explains Dr. Lénárd Csepei, who has played a large part in the work at the BioCat branch in Straubing and filed a patent application for the process.

Another patent-pending method for catalyst synthesis is based on the dissolution of metal compounds in so-called deep eutectic solvents. With these methods, catalysts of different elemental compositions can be produced and their efficiency optimized – not only for the production of methanol, but also for other chemical and electrochemical synthesis processes.

Searching for the best catalyst – in high throughput

In all synthesis processes, the catalyst performance is of key importance which determines whether the desired product can be produced economically. “One of the most important factors is the highest possible yield of the desired product. We don't want by-products to be produced,” explains Csepei. In order to determine which catalyst is best suited for the implementation in question, the Fraunhofer researchers screen the possible candidates in various reactor systems.

“In our multi-purpose system with four parallel reactor tubes, we can test catalysts under different reaction conditions – such as different synthesis gas mixtures, pressures and temperatures – in high throughput,” says Csepei. The reactions are monitored analytically in real time so that the resulting products can be directly quantified. The researchers have designed and built a reactor system for testing catalysts at atmospheric pressure. “We are using this equipment to investigate subsequent reaction cascades, i.e. a further conversion using biotechnological methods,” says Csepei.

From catalyst to demonstrator

Based on the optimized catalysts and as one example for CO2 conversion, in the Fraunhofer lighthouse project “Electricity as a Raw Material” IGB has built a fully automated prototype for the electrochemical production of ethylene, one of the most important starting materials in the chemical industry. The core element is an electrochemical cell specially developed by IGB. In this cell, the electrons for the reduction of CO2 are transferred to an aqueous electrolyte and brought into contact with the catalyst and gaseous carbon dioxide at a porous gas diffusion electrode.

“With this system, we produce ethylene from CO2 and water in one single step on an electrode surface of 130 cm2 and with our own catalysts,” explains Dr. Carsten Pietzka, who is researching in Stuttgart. “Comparable results for this electrosynthesis process have so far only been achieved on a laboratory scale, with electrode surfaces of just a few square centimeters and catalysts that can only be produced on a small scale,” says the scientist. The design of the demonstrator can be transferred to other electrosynthesis processes and enables the screening of catalyst and electrode materials on the next larger scale.

“From 2020, the new Fraunhofer electrolysis platform in Leuna will also enable us to scale electrochemical syntheses to the industrial scale,” adds Ulrike Junghans, who conducts research at the Fraunhofer Center for Chemical-Biotechnological Processes CBP, the Leuna branch of IGB. In the “SynLink” project, which is managed by her and funded by the German Federal Ministry of Economics and Energy, this platform will demonstrate that renewable energy can be used to produce synthesis gas from H2O and CO2 – with both molecules adsorbed from air. Synthesis gas is then chemocatalytically converted into methanol and fuels.

Chemicals produced from CO2 can only compete with petrochemical products if they are produced in large quantities and if sufficient electricity is available at low cost. This is usually not the case for typical small, decentralized CO2-emitting plants such as biogas plants or breweries.

To ensure that the value added for regenerative methanol also becomes a profitable business on a smaller scale, the Fraunhofer researchers have pursued a new approach and combined chemical synthesis in a recently patented process with subsequent biotechnological fermentation to produce higher-value chemicals. “Using a new reaction process, CO2 is transformed to methanol as intermediate product, which is pumped directly into a fermenter at certain intervals without further processing,” explains Csepei.

The microorganisms grow with methanol as the only carbon source and produce lactic acid, isoprene, polyhydroxybutyric acid and long-chain terpenes: valuable products that can only be obtained with conventional chemical catalytic processes using complex, multi-stage syntheses.

The researchers’ objective is to further develop these promising catalytic systems and processes for the utilization of CO2 towards commercial maturity, in close collaboration with partners from industry, and thus to make a substantial contribution to climate protection.