Home / Life Sciences and Chemistry / Can living organisms influence changes in their genes?
07.10.2021

Can living organisms influence changes in their genes? 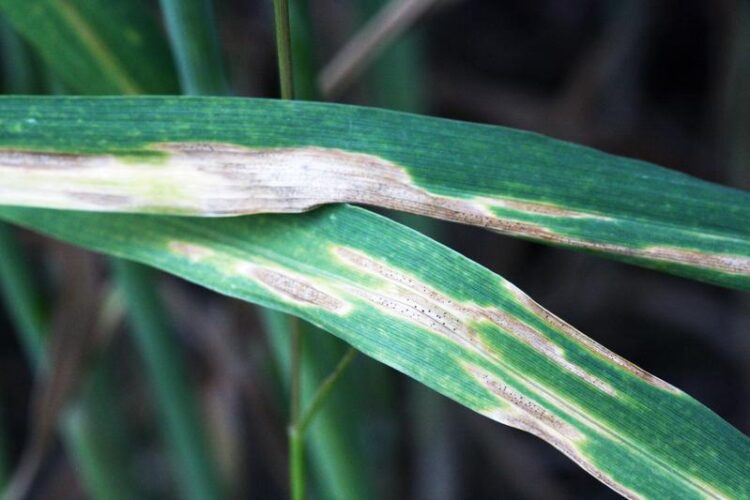 Researchers at the Kiel Evolution Center succeed for the first time in demonstrating that changes in certain proteins involved in packaging of the genetic material have a causal effect on the frequency of mutations.

Mutations occur with varying frequency and at different locations within the entire genome of an organism. In multicellular organisms, the DNA is packaged by certain proteins, including the so-called histones. Modifications of these proteins affect how tightly the genetic material is packed. Researchers suspect that this in turn influences the mutation rate: Numerous research projects in the life sciences deal with the connections between such modifications and the frequency of mutations. In cancer research, for example, it was possible to show that such modifications and mutations that are involved in tumour development often occur together.

Using the example of the fungus Zymoseptoria tritici, a pest of wheat, researchers from the Kiel Evolution Center (KEC) at Kiel University have now succeeded for the first time in demonstrating a causal relationship between such protein modifications and the mutation rate. To this end, the scientists from the Environmental Genomics working group at Kiel University’s Botanical Institute led by Professor Eva Stukenbrock conducted extensive evolutionary experiments. In them, the researchers analysed the mutation rates in fungal colonies in which they artificially switched off certain enzymes that are responsible for the naturally occurring modifications. In comparison with unmodified fungi, they were thus able to determine that the mutation rates differed and that the protein modifications were therefore the direct cause of an altered mutation rate. The Kiel scientists published their new research results today in the renowned journal Nature communications.

In multicellular organisms, the DNA is organised with the help of histone proteins. This arrangement of the genetic information, which can be thought of as a package, influences, among other things, how the genetic information is read and replicated. Errors in this process, also known as replication, can lead to mutations, in addition to factors from the environment. To investigate the effect of modifications to the proteins involved in this packaging on the frequency of mutations, the Kiel research team conducted particularly extensive evolutionary experiments. They compared fungal colonies in which certain enzymes of the DNA packaging were artificially switched off with unmodified colonies. They then observed the original and the modified samples over the course of a year to compare the emergence of genetic variants in both groups.

In order to exclude the influence of selection processes, the researchers selected a random fungal colony once a week and grew a new colony from it with a single cell at a time. In this way, they created a so-called evolutionary bottleneck that fixed the resulting gene variations in the next generation. In this way, they were able to ensure that the frequency of genetic changes in the fungi was not influenced by selection. Due to the long investigation period and the high number of parallel approaches, a large repertoire of mutations thus accumulated in the fungal colonies. Using high-throughput genome sequencing, the researchers then analysed the entire genetic information of the many different variants and were thus able to determine how frequently genetic changes occurred overall.

“The experimental inhibition of epigenetic modifications led to a significant change in mutation rates – i.e. depending on the type of modification, mutations either occurred significantly more frequently or less frequently. The modifications are therefore directly responsible for the frequency and location of spontaneous mutations in the genome and can influence the evolutionary development of a species,” summarises Dr Michael Habig, scientist in the Environmental Genomics working group and first author of the paper. “Thus, our study uses experimental data that have not been available from any other species so far to show that different epigenetic modifications and changes in the mutation rate are not only correlated, i.e. occur in parallel, but are causally based on each other,” Habig continues.

The new results of the Kiel research team from the KEC thus provide the first approaches to answering a novel research question: whether and how organisms can independently manipulate or optimise their mutation rates. Especially in the relationships between pests and host organisms, such as Zymoseptoria tritici and wheat, it would be plausible if such controlled modifications took place to accelerate mutual adaptation. “Since they evolve together and have to respond to mutual changes, there are areas in the genetic information of host and pest that have to adapt faster than others,” Habig explains. “This could possibly be a point at which an organism acts on its mutation rates to achieve accelerated adaptation to its counterpart,” Habig continues. This would be supported, among other things, by the fact that certain modifications are located particularly in those areas of the genetic material that help the fungus to overcome the plant’s immune system.

In future research, the scientists want to investigate whether these interventions in the genome actually take place in a targeted manner and are connected to evolutionary adaptation processes. “Our new results are thus in principle also relevant in various fields of application. The proof that epigenetic modifications and mutation rates are causally linked opens up new perspectives for a whole spectrum of research fields,” emphasises Stukenbrock, head of the Environmental Genomics working group and KEC member. “Among other things, the new findings will help us in future to better understand the adaptations of plant pests to their hosts or the evolution of tumours,” Stukenbrock continues.