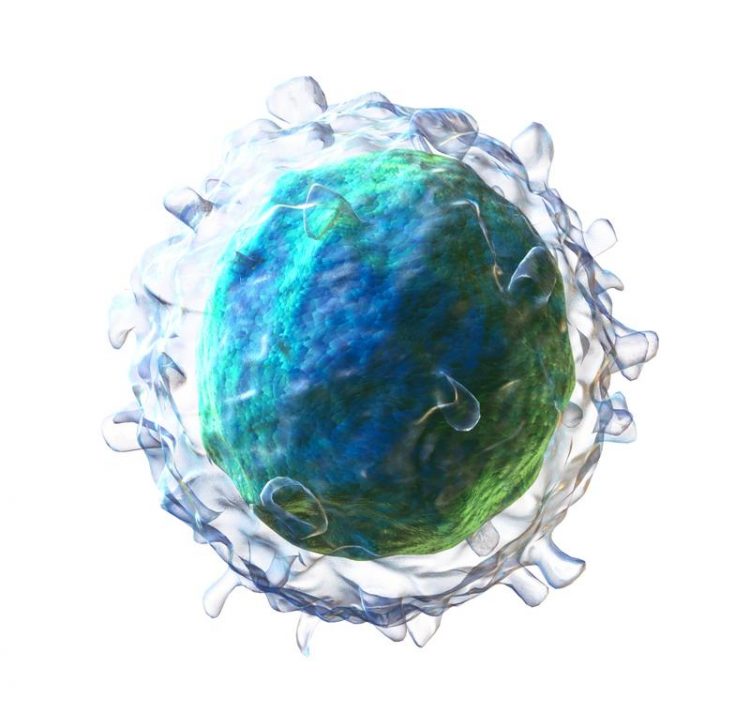 3D model of a B cell Source: Paul-Ehrlich-Institut

The immune system is a complex and precisely regulated system. Various activating and inhibiting signals ensure that the immune cells combat pathogenic agents without eliciting a potentially harmful response to its own structures and cells.

However, if those two forces are imbalanced, the immune cells may attack and damage cells and tissue of the body itself, which will result in the development of autoimmune diseases such as type 1 diabetes, rheumatism or multiple sclerosis.

The control of activating and inhibiting processes is mediated by transmitters of the immune system (cytokines). One of the most important anti-inflammatory cytokines released by regulatory immune cells is interleukin-10 (IL-10). Many indications reveal that IL-10-producing B lymphocytes, a group of white blood cells, can also mediate regulatory effects which inhibit disease progression or help to accelerate the anti-inflammatory processes.

It has not yet been fully understood whether the Il-10 producing B cells are a subgroup of the B lymphocytes or whether B lymphocytes become regulatory B cells under certain circumstances. Most of the studies previously performed for this purpose are based on data from animal experiments. A major obstacle in studying regulatory B cells in humans is that humans lack the specific surface marker with which this specific group of B cells can be identified.

Professor Isabelle Bekeredjian-Ding, head of Division Microbiology of the Paul-Ehrlich-Institut and her research team together with Professor Harald Wajant, head of the Division of Molecular Internal Medicine of the University Hospital in Würzburg, proved that IL-10-producing B cells could be identified and sorted by tumour necrosis factor receptor 2 (TNFR2).

“Based on our research results TNFR2 can be used as a marker for IL-10-secreting B cells in infections and autoimmune diseases. What remains to be clarified is the role for TNFR2-expressing B cells in the development and progression of immune-mediated disorders and infections. This requires studies in patients”, says Professor Isabelle Bekeredjian-Ding.