Unraveling the mysteries of the night sky with Artificial Intelligence 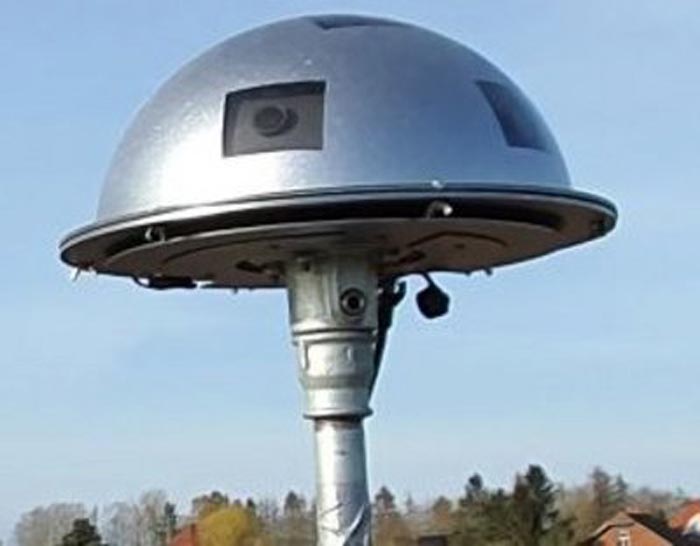 Technische Universität Ilmenau (Germany) is using Artificial Intelligence to improve the detection and classification of unidentified phenomena in the night sky. The research team of the Group for data-intensive Systems and Visualization collaborated with the American Meteor Society which initiated the AllSky7, an international network of scientists and amateur astronomers that permanently observes the night sky with specially designed cameras and classifies and assigns all events. The work of the team of scientists is part of the TU Ilmenau‘s theme year “Smart World“, which highlights the university‘s research priorities.

With its luminous phenomena, the night skies often make us wonder. Some we can explain: the sparkling of the stars, caused by atmospheric turbulences, or shooting stars, caused by meteorites glistening in the air. Others may be more mysterious at first glance: satellites passing by at breakneck speed or rocket engines falling back to earth. Capturing, detecting and classifying all phenomena in the night sky around the world is the goal of the AllSky7 network. The international team was launched in 2018 by the American Meteor Society, a nonprofit scientific organization led by Mike Hankey that promotes the research activities of professional and amateur astronomers.

AllSky7 aims to precisely assign meteorites falling on the earth and sky phenomena caused by other events. In 85 night sky surveillance sites across the US and Europe, 360-degree special cameras continuously watch the night sky, detecting countless phenomena that are analyzed and classified by the camera operators by day. However, the algorithms were only trained for a few so-called positive classes, i.e. they were only insufficiently able to distinguish meteors from other events. The reduced computational capabilities of the camera systems were a hurdle, that had to be taken by the Ilmenau researchers designing resource-efficient algorithms to detect and classify the countless celestial phenomena.

Over a period of six months, Rabea Sennlaub and Martin Hofmann created the algorithm and data. Together with the AllSky7 network, they collected a dataset of 20,000 images of meteors and non-meteors taken at AllSky7 station Sonneberg in Thuringia, Germany, further separated into sub-classes to guarantee a fine-gained classification. The US Researcher Mike Hankey is astonished by the Thuringia research: “The results yield a huge step towards a seamless sky observation and can improve the whole network.“

The data now allow a far more precise estimate of the amount of space debris that endangers communications satellites and the lives of space station crews. The results from Ilmenau advance the worldwide network of wide-angle sky observatories, sealing an international relationship. The network also helps to determine if meteors fall on earth and where they are landing. In this way, the rock debris can be analyzed and we can learn more about the solar system‘s origin.

Rabea Sennlaub, Martin Hofmann et al. published the “Object classification on video data of meteors and meteor-like phenomena: algorithm and data (DOI: 10.1093/mnras/stac1948)“ in the scientific journal “Monthly Notices of the Royal Astronomical Society“ that is sharing unique advances in astronomy since 1872.