Home / Health and Medicine / Why nerve cells die in ALS and frontotemporal dementia
06.02.2018

Why nerve cells die in ALS and frontotemporal dementia 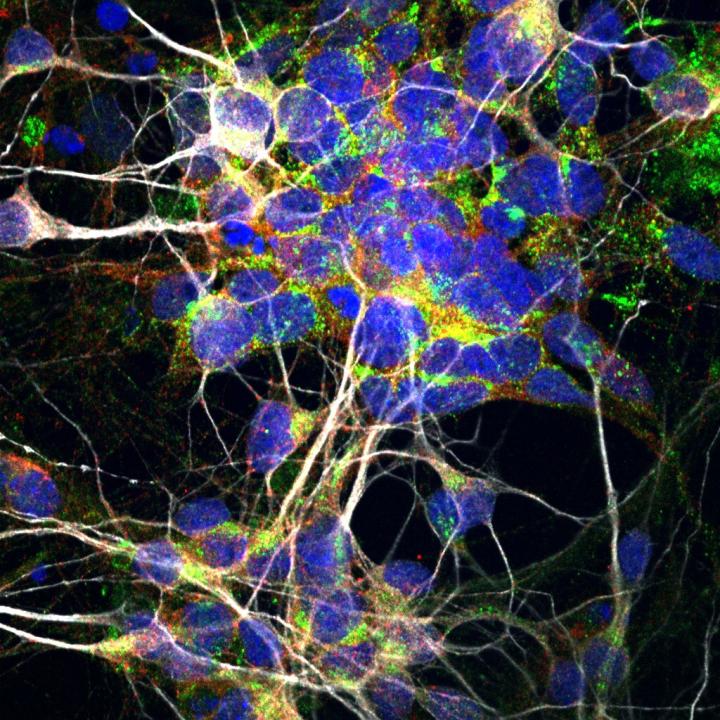 Scientists have for the first time discovered a mechanism that limits the number of “cellular janitors” in the nervous system, leading to increased risk for two neurodegenerative diseases: amyotrophic lateral sclerosis (ALS) and frontotemporal dementia, according to a Keck School of Medicine of USC study published today in Nature Medicine.

In the study, Yingxiao “TK” Shi and Shaoyu Sebastian Lin in the Justin Ichida Laboratory at USC Stem Cell describe how a mutation in a gene called C9ORF72 leads to toxicity in nerve cells. It causes 10 percent of all cases of ALS and an additional 10 percent of frontotemporal dementia.

“We figured out how the most common form of ALS causes nerve cell death, and nerve cell death is what causes patients to become paralyzed or lose control of neuromuscular functions,” said Ichida, an assistant professor of stem cell and regenerative medicine at the Keck School of Medicine and a New York Stem Cell Foundation-Robertson Investigator.

Damage begins as a cellular chain reaction. Normally, the C9ORF72 gene, or C9, produces a protein that is required to make lysosomes, which act as cellular janitors to capture and remove toxic proteins and garbage. Without a normal amount of lysosomes, motor nerve cells accumulate toxic garbage and die.

Whether patient-derived or gene-edited, all motor nerve cells with the mutation had reduced amounts of the protein normally made by the C9 gene. And by adding the supplemental C9 protein, the researchers could stop the motor nerve cells from degenerating.

“The C9 protein is required to construct the janitors of the cells, which are the lysosomes, and without them you have buildup of proteins in the cell that become a kind of toxic agent that causes the cells to die,” Ichida said.

Specifically, insufficient lysosomes cause cells to accumulate two key types of garbage: a big, toxic protein produced by the mutated C9 gene and molecules that receive signals from a neurotransmitter known as glutamate. Too much glutamate hyperstimulates motor nerve cells to death, a phenomenon known as “excitotoxicity.”

According to the National Institutes of Health, ALS is a group of rare neurological diseases that mainly involve the nerve cells (neurons) responsible for controlling voluntary muscle movement, such as chewing, walking and talking. ALS, sometimes called, Lou Gehrig's disease, is progressive and incurable at this time. It is part of a wider group of disorders known as motor neuron diseases. The U.S. Centers for Disease Control and Prevention estimates between 14,000 to 15,000 Americans have ALS.

Seventy-five percent of the research was supported with federal funding totaling $6 million from the National Institutes of Health (AG039452, AG023084, NS034467, R00NS077435 and R01NS097850, T32DC009975-04) and the U.S. Department of Defense (W81XWH-15-1-0187). Twenty-five percent of the work was supported by $2 million from private and non-U.S. sources, including the ALS Foundation Netherlands (TOTALS), Epilepsiefonds (12-08, and 15-05), VICI grant Netherlands Organisation for Scientific Research (NWO), the Donald E. and Delia B. Baxter Foundation, the Tau Consortium, the Frick Foundation for ALS Research, the Muscular Dystrophy Association, the New York Stem Cell Foundation, the Regenerative Medicine Initiative at the Keck School of Medicine of USC, the USC Broad Innovation Award, the Southern California Clinical and Translational Science Institute, and the Walter V. and Idun Berry Postdoctoral Fellowship.