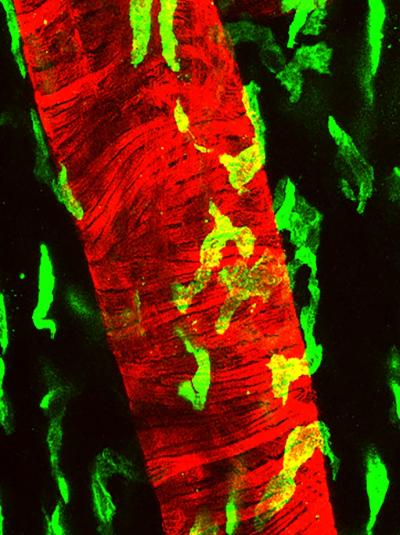 A team of researchers at NUS Medicine, led by Associate Professor Veronique Angeli, has identified a population of cells called macrophages that coat the outer walls of healthy arteries and express a protein called LYVE-1.

The researchers found that when these cells were absent, arteries accumulate collagen and lose their elasticity, becoming stiff and inflexible.

These findings suggested that the macrophages protect our arteries from becoming stiff, a concept that the team proceeded to prove.

Associate Professor Angeli and team showed that the LYVE-1 protein on the macrophages is actually responsible for this protective effect.

LYVE-1 binds to a molecule called hyaluronan expressed at the surface of smooth muscle cells and this interaction is required for the degradation of collagen by an enzyme called matrix metalloproteinase 9 (MMP-9).

This knowledge should help in the development of new treatments or the improvement of existing treatments for arterial diseases.