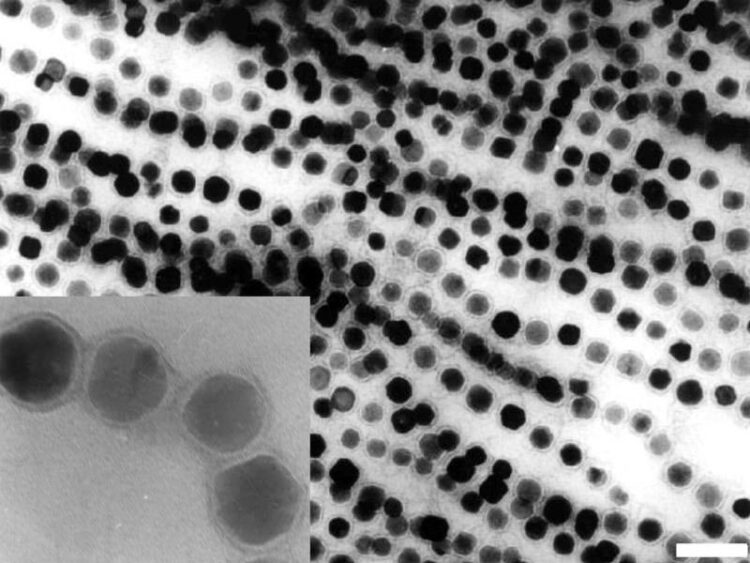 … for the first time in Bayreuth.

Magnetotactic bacteria, or short MTB, have the unique ability to align their movement with the earth’s magnetic field, a surprising feature that makes them increasingly important in research. Prof. Dr. Dirk Schüler, Chair of Microbiology at the University of Bayreuth, is one of the world’s leading experts in this field. From September 4 to 8, 2022, an international conference on magnetotactic bacteria will be held under his leadership, funded by the German Research Foundation (DFG) and the Oberfrankenstiftung (Upper Franconia Foundation): Around 100 scientists from different fields of natural, geo, material and environmental sciences will present their latest research results in Bayreuth.

The Bayreuth conference is already the seventh event of the International Meeting on Magnetotactic Bacteria, a conference series co-founded by Prof. Dr. Dirk Schüler. Together with his research team, and with technical support of the Bayreuth Center for Ecology and Environmental Research (BayCEER), he has now organized the conference in Bayreuth.

“Magnetotactic bacteria have important functions in aquatic ecosystems and are therefore the focus of numerous environmental and evolutionary biology studies today. They also gain increasing significance for investigations in biogeochemistry and geophysics. Thus, fossils from dead bacteria play a major role in efforts to reconstruct the geomagnetic field throughout Earth’s history. In recent years, it has also become apparent that magnetotactic bacteria are very well suited as model organisms for research in the fields of microbial physiology and cell biology. The magnetosomes inside their cells represent tiny organelles that are composed of nanometer-sized membrane-enveloped magnetic crystals and, when lined up, act like a cellular compass needle. This enables the bacteria to orient themselves very precisely to the earth’s magnetic field. The biosynthesis of the magnetosomes and their arrangement in the cell are the result of complex genetically controlled processes. Gaining a better scientific understanding of these processes could also open up highly interesting prospects for the development of new nanomaterials for biomedical or electronic applications. Last but not least, the technically unprecedented performance of magnetosomes has also inspired the search for cell structures that might sensitize higher organisms to the Earth’s magnetic field,” says Schüler, describing the broad spectrum of research interests.

The upcoming Bayreuth conference, which he initiated, aims to gather MTB research groups from all over the world, and promote an intensive scientific exchange for the first time at a university location in Germany. The topics cover various disciplines that have contributed to the understanding of these unusual bacteria in recent years: microbiology, molecular genetics, physiology, cell biology, ecology, biophysics, mineralogy, biogeochemistry and biotechnology. In particular, young scientists will have the opportunity to present their research results and new ideas and to discuss them in the international scientific community.

Since 14 years, the International Meeting on Magnetotactic Bacteria has been held biannually, and evolved into the most important scientific event in this field of research. The meeting in Bayreuth, which had to be postponed three times due to the pandemic, is preceded by previous conferences in Kanazawa (Japan), Marseille (France), Rio de Janeiro (Brazil), Berkeley (USA), Beijing (China) and Balatonfüred (Hungary). “The conference series has already produced a number of successful national and international collaborations and funding initiatives. It has fundamentally contributed to the development of research on magnetic bacteria from a niche topic to an independent and dynamic field of research that has attracted much international attention and provides essential impetus for other scientific fields of work,” says Schüler.