The self-powered biosensor acts just like a canary down a mine shaft and could be used to warn of chemical leaks before they become too damaging to humans and the environment.

Millions of pounds are spent each year preventing industrial accidents, but this simple sensor can make detection both simpler and cheaper. It can sense leaks at industrial plants, oil pipelines and landfill sites.

The students came up with the world’s first self-powered biosensor as part of a prestigious international competition.

And the judges were so impressed with the device, they awarded them first prize.

Student Scott Ramsay said: “The research involved engineering a microbe that detects toxic chemicals — like those resulting from oil and natural gas refineries. When the microbes detect the offending chemicals they synthesise a chemical causing the fuel cells to generate electricity that can trigger a signal to act as an early warning system.

“It could be also integrated into a wireless early warning communications systems leading to a network of analytical stations in rivers, lakes and wells allowing industry to measure the amount of toxins in effluent so they can keep within environmentally safe and legal levels. The technology could also be further developed to detect pesticide levels, for example, pesticides in baby food or toxins in drinking water.

“Our sensor won the first prize in the Environment section of the International Genetically Engineered Machine awards.

“The competition involved teams from leading universities around the world designing and building genetically engineered devices in the newly emerging field of synthetic biology. The work took place over the summer and culminated in an event at the world-renowned Massachusetts Institute of Technology in Boston, where 53 teams from 20 countries presented their research to an international set of judges.”

The University of Glasgow are now looking to secure funding to develop the sensor further.

The multi-disciplinary team of 11 students combined their knowledge of molecular biology, computing, engineering, mathematics and statistics to win first prize in Environment track, and a gold medal, successfully overcoming strong competition from other teams including Ivy League universities MIT and Brown.

Team mentor and Biochemistry and Molecular Biology Lecturer, Dr Susan Rosser said: “This is a fantastic achievement for this young team. It is the first time Glasgow has entered the iGEM competition, and to see real life practical applications from the project is excellent.”

Professor David Gilbert from the University’s Department of Computing Science said: “The team really worked together so well, and put a lot of effort into their project. I am also proud of all the members of the advisory team who made themselves available over the summer. This result has helped to put Glasgow on the international map in synthetic biology.”

Dr Ed Hutchinson, Project Manager of Scottish Enterprise's Technology Team, who provided sponsorship for the project, said: “The team's success in such a prestigious international competition is a fantastic achievement. Synthetic biology is an emerging field of science with enormous commercial potential across a range of industries

“For Scotland to be seen to be leading in this area would help to strengthen our already world capabilities spanning electronics, engineering and life sciences and we will be looking at how we can work alongside our universities and research institutes to capitalise on the opportunities that this could have for growing Scotland's economy.” 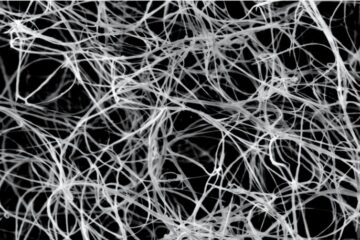 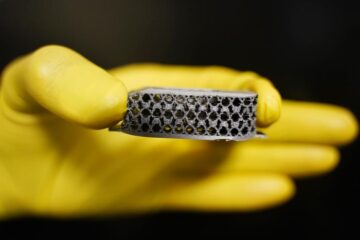 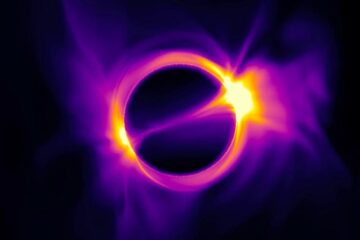 Reading between the lines to model our galaxy’s central black hole. Looks can be deceiving. The light from an incandescent bulb seems steady, but it flickers 120 times per second….