Home / Ecology, The Environment and Conservation / Preservation of floodplains is flood protection
27.09.2017

Preservation of floodplains is flood protection 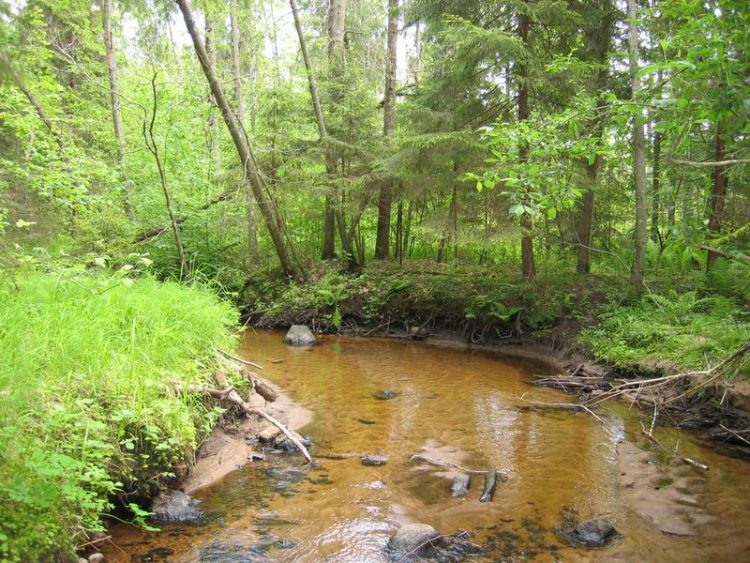 The silting of rivers and streams leads to problems for fish, mussels, and other aquatic organisms. Photo: TUM/J. Geist

The subject of the study was the Moosach, a tributary of the Isar and located right at the Weihenstephaner “doorstep” of the TUM. The Moosach largely flows between the Munich gravel plain and tertiary hill country in an artificial bed. Every few years the river has to be excavated to remove several thousand cubic meters of mud.

The tertiary hill country, 65 million years old, is among the areas with the highest erosion rates. However, less than one percent of the erosion material remains on the ground and the siltation problem cannot be solved by reducing the erosion. This result was provided by the analysis of riverbed samples over the course of several years by Professor Karl Auerswald from the Chair of Grassland Studies and Professor Jürgen Geist from the Chair of Aquatic Systems Biology.

“The prevention of erosion alone, as water and fisheries management have long demanded, does not then help river beds,” says Professor Auerswald. Fortified and dammed as well as straightened and deepened over many decades, the rivers lack their natural flow behavior. Likewise, the floodplain landscape is lacking buffer function and interplay with the river during flooding. The Moosach diagnosis: “a channel, no longer a river” can be transferred to all rivers in Bavaria and worldwide, says the TUM professor.

The Disappearance of Natural Change

The two TUM scientists just published the results of their study in the international journal “Land Degradation & Development.” The title, “Extent and causes of siltation in a headwater stream bed: catchment soil erosion is less important than internal stream processes,” shows how important the throughflow is for the riverbed. Namely the cavities between the gravel filled with oxygen-containing water gravel constitute the primary refuge of small and micro-organisms as well as the egg-laying site for various river fish. Even a thin sediment layer suffices to seal these interstices.

“The entry of erosion material also occurs under natural conditions,” Auerswald explains. “Under natural conditions, however, the riverbed is constantly being relocated and the cavity system is cleared from the inundated floodplain by the groundwater flow.” Because rivers have been straightened and channeled, these floodplain dynamics disappear just as the natural inflow from below has greatly decreased.

Humankind initially intervened in the course of the rivers with good reason: In order to protect cities from flooding, to drain swamps, and to push back cholera and typhus, at the start of the 19th century, rivers began to be straightened and forced into canals. Thus, land was also won for further settlement. The floodplain landscapes, important for sediment retention and natural flood protection, became dysfunctional more and more. Thus, the rivers lacking in shores and natural water inflow lack the possibility of change. But it is precisely these differences that are decisive for the biodiversity of a body of water and for its wealth of species in the water and below.

The right measure is lacking for Auerswald: “As is so often the case, humans continue down a path that was initially correct, even if he’s already well past the goal.” In the case of local planning and construction decisions, the floodplain is “always the loser.” Auerswald advises, as he has for many years, to once again give the rivers the freedom to determine their own shape.

This means, consequently, that the river could shape its bed during renaturation measures. “Whatever floodplains are still around must absolutely be off-limits,” he says, warning against the unchecked need of the cities for land to develop – and in view of his model calculations on future flood events: “We would do well to allow the rivers to meander on their own again.”