Home / Ecology, The Environment and Conservation / Polarstern Sets Sail for the Arctic
21.05.2021

Polarstern Sets Sail for the Arctic 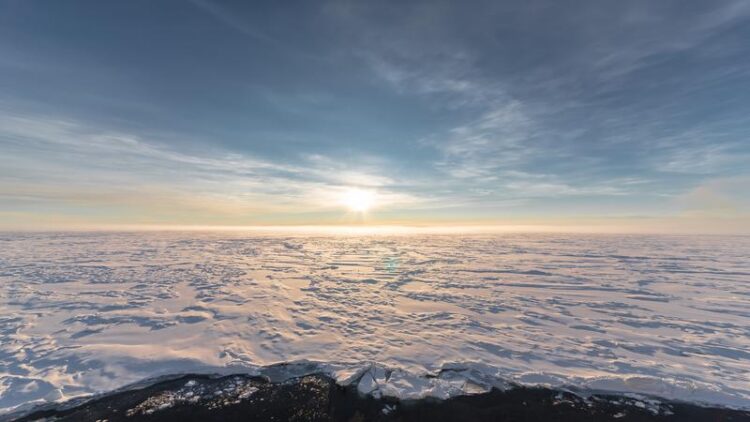 Expedition to long-term observatory between Greenland and Svalbard.

On Whit Monday, 24 May 2021, the Polarstern will set sail for the Arctic. In Fram Strait, between Greenland and Svalbard, more than 50 participating scientists will resume the long-term observations that began at the AWI HAUSGARTEN more than 20 years ago. Here they will investigate the effects of environmental changes on the Arctic’s deep-sea ecosystem.

The Arctic is changing: rising water temperatures and retreating sea ice are producing ecosystem shifts in open water and the ocean depths alike. “Our aim is to identify and quantify the changes in the ecosystem, and to investigate feedback effects on oceanographic processes,” explains Dr Thomas Soltwedel, a deep-sea biologist at the Alfred Wegener Institute, Helmholtz Centre for Polar and Marine Research (AWI) and chief scientist of the expedition. “Our investigations include identifying spatial and temporal changes in the functions of selected plankton and benthic communities,” adds Soltwedel, who heads the Deep-Sea Ecology and Technology section at the AWI. In the future, the observation data will become part of a comprehensive repository that is now being created.

In addition, the expedition will be used to set up further installations as part of the FRAM (FRontiers in Arctic marine Monitoring) Ocean Observing System. FRAM will make continuous investigations from the ocean’s surface to the deep sea possible and provide timely data on Earth system dynamics, and on changes in the climate and ecosystems. “The data from the observing system will contribute to a better understanding of changes in ocean circulation, the characteristics of the water masses, and sea-ice retreat, as well as their impact on the Arctic’s marine ecosystem,” says Soltwedel. To this end, the team will employ not only an autonomous unmanned aerial vehicle (UAV), but also various autonomous underwater vehicles (AUVs) that operate in the water column as well as on the ocean floor (benthic crawler). Moreover, the researchers will investigate the inputs of plastic waste into the ocean. To do so, they will monitor vertical flows of plastics from the surface to the ocean floor and the interactions between plastics and marine organisms.

The team of over 50 participating scientists and the more than 40 crewmembers spent two weeks in strict quarantine at a Bremerhaven hotel. After three negative corona PCR tests, the green light will be given for the start of the expedition. Polarstern is expected back in its home port of Bremerhaven on 28 June.

For any questions, please contact the AWI’s press office via e-mail: media(at)awi.de

Printable images are available at: https://www.awi.de/en/about-us/service/press.html