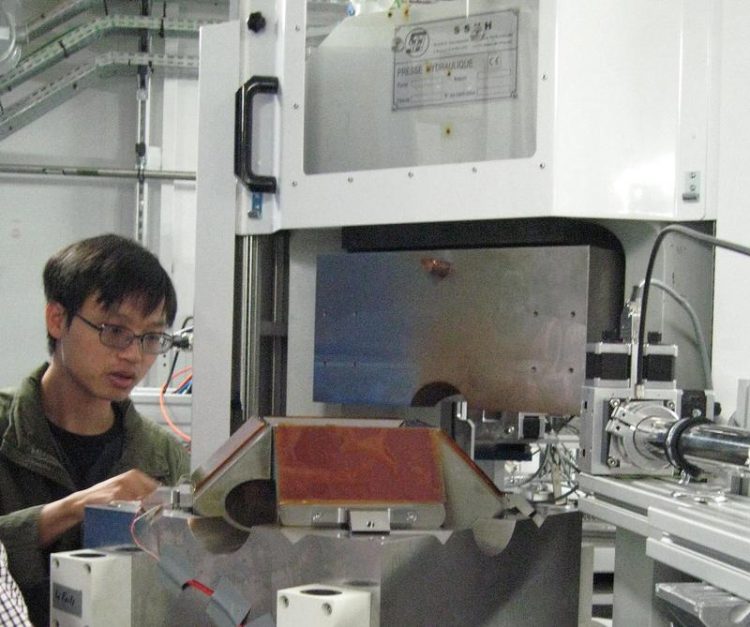 In addition, the data also provides indications that the lower mantle contains larger reservoirs of materials that originated in an early magma ocean and have remained unchanged to this day. The researchers have presented their findings in the scientific journal Nature Communications.

For the viscosity measurements, the scientists used a heating element they developed, based on a boron-doped and therefore electrically conductive diamond.

For example, they were able to examine material samples in a multi-anvil press at pressures of up to 30 giga-pascals and at temperatures of almost 3,000 degrees Celsius – i.e. under conditions similar to those prevailing in the lower mantle of the early earth.

The samples were selected for composition similar to the main minerals present in the lower mantle. Using a super-fast camera (1000 frames/second), the melting processes taking place in the multi-anvil press were observed, and the viscosity of the molten material was measured.

The data obtained proved to be particularly revealing with regard to the magma ocean, from which the earth's mantle formed over the course of the earth's history.

Based on their viscosity measurements, the researchers were able to show that the crystallization of the magma ocean was largely dependent on the level of pressure. This resulted in a so-called fractional crystallisation at a depth of around 1,000 kilometres.

“Our measurement data support the assumption that a rock layer containing a high proportion of the mineral bridgmanite was formed at this depth due to crystallization processes. This layer could be responsible for the high viscosity observed at this depth in previous geophysical investigations,” explains Dr. Longjian Xie, a post-doctoral researcher at BGI and lead author of the study now published.

The other members of the international team of authors are working in Japan, at Okayama University and the electron synchrotron Spring-8, and in France at Université Clermont Auvergne and the synchrotron SOLEIL in Saint Aubin.