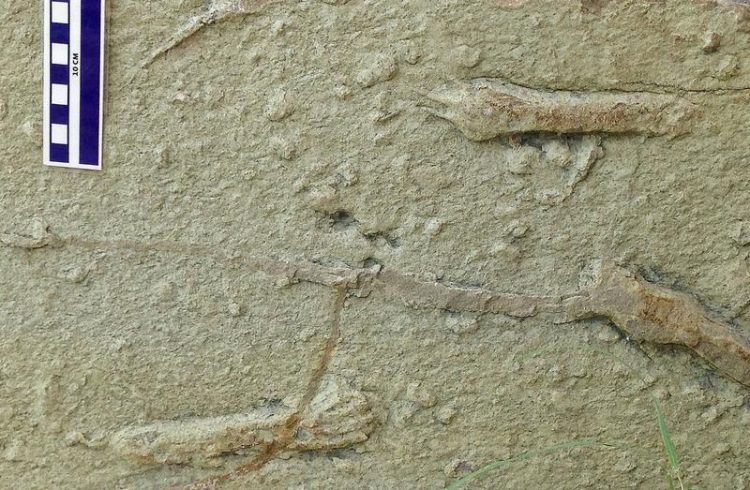 While conducting paleontological research in northeastern Mexico, the scientists came upon sedimentary rock deposited toward the end of the Cretaceous Period that evidenced an enormous diversity of fossils, including the tracks of birds, dinosaurs and pterosaurs.

“Most of the imprints come from at least five different species of birds; dinosaur tracks, however, are rare. Only a single footprint comes from a predatory dinosaur,” explains Prof. Stinnesbeck. The finds therefore indicate a gradual decline of the dinosaurs with a simultaneous increase in the diversity of birds even before the end of the Cretaceous Period.

“Until now, it was generally assumed that the dinosaurs died out first and bird species diversified afterward,” states the researcher. “Our data, however, substantiate the theory that birds ascended before dinosaurs became extinct.”

Fossil analysis also showed that the decline of the dinosaurs occurred gradually, with probably only a few species surviving until the end of the Cretaceous Period. The extinction of the dinosaurs is therefore not – as science frequently assumes – due to the impact of the Chicxulub asteroid that struck the earth more than 65 million years ago.

“For most of the dinosaurs and pterosaurs, this strike no longer had any effect,” explains Prof. Stinnesbeck. Even the group of cephalopods, the so-called ammonites, was not annihilated by the asteroid strike at the end of the Cretaceous Period. According to Prof. Stinnesbeck, fossil finds of the Sphenodiscus pleurisepta ammonite show their successive decline beyond the Cretaceous Period.

“The effects of the Chicxulub impact were therefore not the cause of a global mass extinction, which probably came about considerably less catastrophically than previously assumed,” states the Heidelberg researcher.