By 2100, arid cities will suffer from more severe heat waves than temperate cities 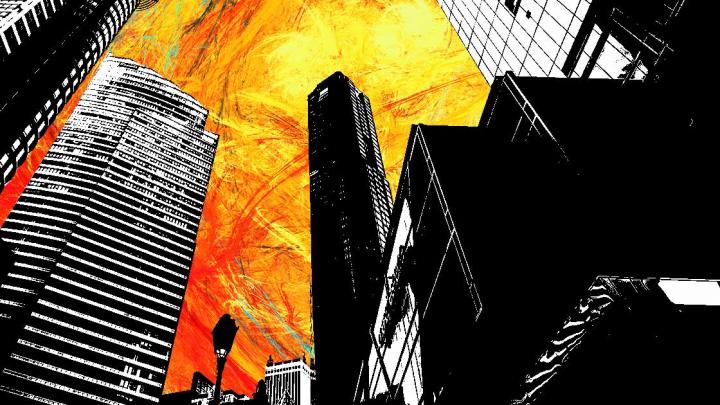 However, by 2100, this is expected to flip. Arid cities like Phoenix will become hotbeds for heatwaves compared to their rural surroundings, while cities on the eastern seaboard will be less severely affected by heatwaves compared to theirs. This is because future arid cities will remain water-limited due to the lack of permeable surfaces in cities, while their rural neighbors are projected to be no longer “dry” due to higher rainfall. The overuse of air conditioners also emits heat into the urban heat islands, playing a significant role.

The findings are tied to urban-rural development. A city's water availability, through rainfall or irrigation, dictates its evaporative cooling effects on temperature, which reduces the severity of a heat wave. In other words, cities with more moisture will cool more quickly.

“Given that 50 percent of the world's population currently lives in cities, and that percentage is projected to increase to 70 percent by year 2050, there is a pressing need to understand how cities and landscapes are affected by heat waves,” said Lei Zhao, a postdoctoral research associate at Princeton's Program in Science, Technology, and Environmental Policy (STEP), which is based at the Woodrow Wilson School of Public and International Affairs. “Our study explains why cities suffer even more during extreme heat events and highlights the heat risks that urban residents face now and in the projected future.”

The findings, published in Environmental Research Letters, highlight the importance of heat-mitigation strategies and infrastructures such as green roofs — in which vegetation transfers moisture from the earth to the atmosphere by evaporation of water and transpiration from plants.

The research team used a global climate model to measure present-day conditions (1975 through 2004) and future scenarios (2071 through 2100), both at daytime and at night. They restricted their daytime analysis to every day in June through August between 1-3 p.m., when temperatures usually peak. For nighttime estimates, they used midnight, when temperatures are coolest.

Of the 50 cities selected for the study, 21 were in temperate climate zones, 14 were in continental climates, and 15 were in dry climates. Temperate climate zones experience all four seasons with a variety of temperatures throughout the year. Continental climates — where Chicago is located, for example — are known for being relatively dry with very hot summers and very cold winters. Dry and arid climates are usually desert-like with low precipitation and wide temperature swings both daily and seasonally.

The researchers focused on temperate and dry regions to draw the humidity contrasts between these two distinct zones. They measured continental climates because they also experience deadly heat, despite being located in colder climates.

For the daytime findings, the researchers showed that today's temperate cities are water-limited, while their rural counterparts have plenty of water through ample rainfall. Therefore, cities in temperate zones experience more severe heat waves today. Today's dry regions — both urban and rural — are both water-limited, the researchers found, because of less rainfall overall.

By 2100, this will flip. Rainfall is expected to increase overall in both climates in the future, but water availability is expected to be limited in dry cities due to impervious surfaces. This, combined with significantly elevated air conditioning energy use during heat waves, contributes significantly to the synergistic effects between heat waves and urban heat islands.

At night, the effects are consistent across climate regions and scenarios, which is concerning. High temperatures at night could cause more heat wave-related deaths, since city dwellers can find no relief.

“Health impacts were a key motivation for our study. Heat extremes have adverse effects on human health and increase the risk of death across regions in the world,” Zhao said.

“Our findings underscore the importance of implementing heat-mitigation strategies today. They also highlight the need for more studies of this nature to give us a better idea of the cities and landscapes that are most affected now and also under additional greenhouse warming,” said co-lead author Michael Oppenheimer, the Albert G. Milbank Professor of Geosciences and International Affairs and the Princeton Environmental Institute at Princeton's Woodrow Wilson School and Department of Geosciences.

In addition to Zhao and Oppenheimer, the research team included Princeton co-authors Jane W. Baldwin, a graduate student in the Program in Atmospheric and Oceanic Sciences; and Elie Bou-Zeid, associate professor of civil and environmental engineering. The team also included Qing Zhu and Xu Lu, both from the Lawrence Berkeley National Laboratory; Kristie L. Ebi, University of Washington, Department of Global Health; and Kaiyu Guan, University of Illinois at Urbana-Champaign, Department of Natural Resources and Environmental Sciences and National Center for Supercomputing Applications.

The research was supported by Princeton's Carbon Mitigation Initiative and a High Meadows Foundation Fellowship in the Program in Science, Technology, and Environmental Policy, which is based at Princeton's Woodrow Wilson School.

The researchers acknowledge high-performance computing support from Yellowstone, which was provided by the National Center for Atmospheric Research's Computational and Information Systems Laboratory, sponsored by NSF.