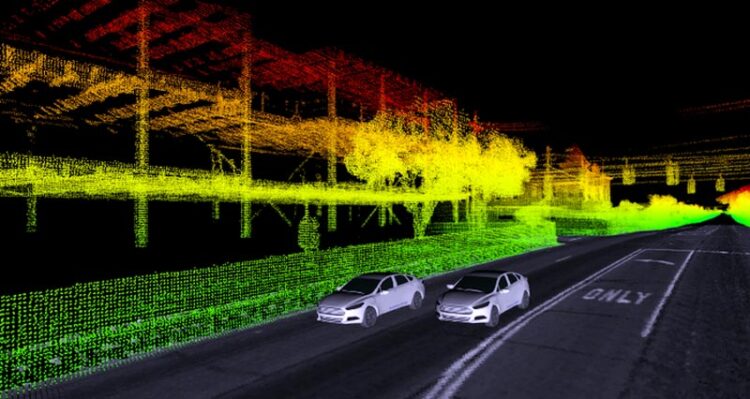 QUT robotics researchers working with Ford Motor Company have found a way to tell an autonomous vehicle which cameras to use when navigating.

Professor Michael Milford, Joint Director of the QUT Centre for Robotics and Australian Research Council Laureate Fellow and senior author, said the research comes from a project looking at how  cameras and LIDAR sensors, commonly used in autonomous vehicles, can better understand the world around them.

“The key idea here is to learn which cameras to use at different locations in the world, based on previous experience at that location”, Professor Milford said.

“For example, the system might learn that a particular camera is very useful for tracking the position of the vehicle on a particular stretch of road, and choose to use that camera on subsequent visits to that section of road.”

“Autonomous vehicles depend heavily on knowing where they are in the world, using a range of sensors including cameras,” says Dr Chakravarty.

“Knowing where you are helps you leverage map information that is also useful for detecting other dynamic objects in the scene. A particular intersection might have people crossing in a certain way.

“This can be used as prior information for the neural nets doing object detection and so accurate localization is critical and this research allows us to focus on the best camera at any given time.

“To make progress on the problem, the team has also had to devise new ways of evaluating the performance of an autonomous vehicle positioning system.

Joint lead researcher Dr Stephen Hausler said: “We’re focusing not just on how the system performs when it’s doing well, but what happens in the worst-case scenario.”

This research took place as part of a larger fundamental research project with Ford looking at how cameras and LIDAR sensors, commonly used in autonomous vehicles, can better understand the world around them.

This work has just been published in the IEEE Robotics and Automation Letters journal, and will also be presented at the upcoming IEEE/RSJ International Conference on Intelligent Robots and Systems in Kyoto, Japan in October.