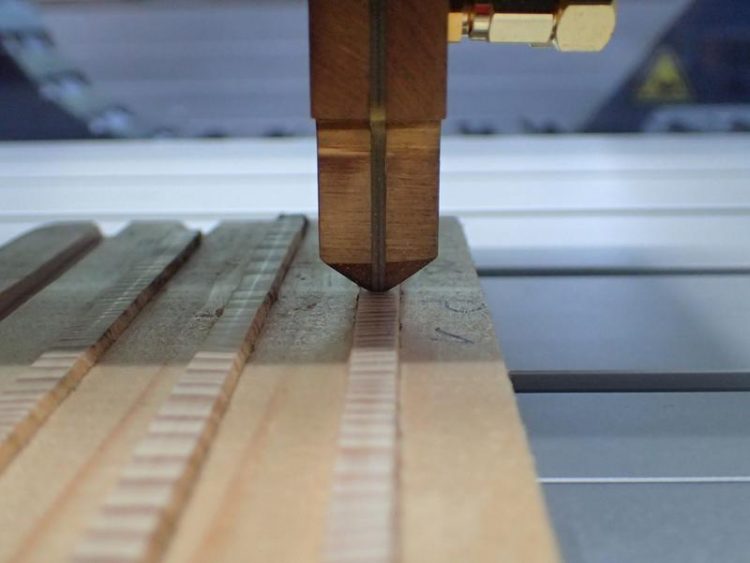 The team led by Hans Pretzsch, Professor for Forest Growth and Yield Science at the TUM, examined wood samples from several hundred trees and analyzed every single annual ring using a high-tech procedure — a total of 30,000 of them.

“The heart of the LIGNOSTATION is a high-frequency probe which scans each sample in steps of a hundredth of a millimeter”, says Pretzsch, explaining the analysis procedure. “By doing so, we measure the specific weight of the wood with an accuracy and resolution which until recently was unthinkable.”

The wood samples come from the oldest experimental forest plots in Europe which were created at the same time the TU Munich was founded 150 years ago. The samples were taken from common European tree species such as spruces, pines, beeches, and oaks. “We have detailed knowledge of the history of every single plot and tree”, says Pretzsch. “This allows us to rule out the possibility that our findings could result from the forest being managed differently now as compared to a hundred years ago.”

With the combination of wood samples from the 1870s to the present day coupled with the latest measurement technology, the team at the School of Life Sciences Weihenstephan were able to demonstrate that the annually growing wood has gradually become lighter since observations began: By up to eight to twelve percent since 1900. Within the same period, the volume growth of the trees in central Europe has accelerated by 29 to one hundred percent.

In other words: Even though a greater volume of wood is being produced today, it now contains less material than just a few decades ago. However, the explanation which immediately comes to mind does not apply.

“Some people might now surmise that the more rapid growth could itself be the cause for our observations”, says Dr. Peter Biber, co-author of the study — “In some tree species, it is in fact the case that wider annual rings also tend to have lighter wood. But we have taken this effect into account. The decrease in wood density we are talking about is due to other factors.”

Instead, Pretzsch and his team see the causes as being the long-term increase in temperature due to climate change and the resulting lengthening of the vegetation period. But the nitrogen input from agriculture, traffic, and industry also play a part. A number of details lead experts to surmise this, such as the decrease in the density of late wood and the increase in the percentage of early wood in the annual rings.

Lighter wood is less solid and it has a lower calorific value. This is crucial for numerous application scenarios ranging from wood construction to energy production. Less solid wood in living trees also increases the risk of damage events such as breakage due to wind and snow in forests.

But the most important finding for practical and political aspects is that the current climate-relevant carbon sequestration of the forests is being overestimated as long as it is calculated with established but outdated wood densities. “The accelerated growth is still resulting in surplus carbon sequestration”, says Pretzsch. “But scaling up for the forests of central Europe, the traditional estimate would be to high by about ten million metric tons of carbon per year.”

More Information:
The research group at the Chair for Forest Growth and Yield Science at the TUM School of Life Sciences Weihenstephan led by Hans Pretzsch investigates the effect of climate change on the growth, stability, and vitality of trees. An important basis for this research are the experimental plots of the Chair, on which the dynamics of forests have been measured since 1879 to answer ecological and economic questions. In the study reported here, they contribute to measuring the human footprint in forest ecosystems.