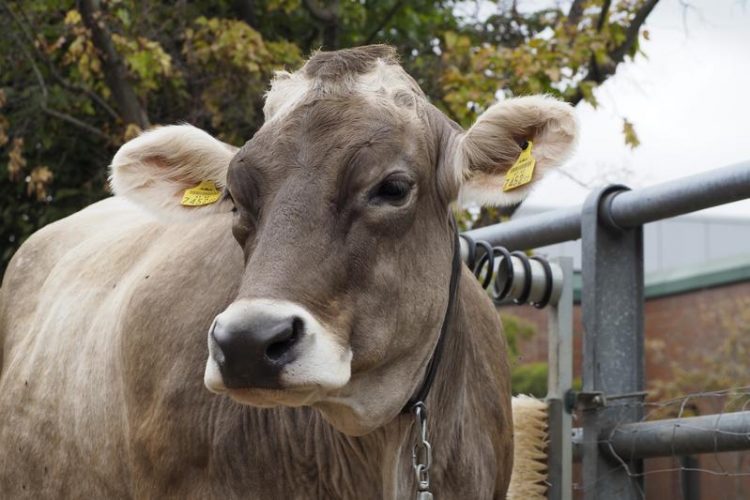 Bovine viral diarrhoea (BVD), a serious disease in cattle, could even be eradticated with the proper application of the available measures. Michael Bernkopf/Vetmeduni Vienna

On the one hand, the high morbidity and mortality rates, increased premature culling, and decreased reproductive performance among infected animals result in direct losses.

On the other hand, the substantial expenditure needed to control BVDV infections leads to considerable indirect losses.

Against this background, researchers from Vetmeduni Vienna recently published a meta-analysis of previous studies to determine the geographic distribution and temporal development of global BVDV prevalences, associated risk factors, and the impact of vaccination and eradication programmes.

The analysis by the research team from Vetmeduni Vienna revealed a wide variation of BVD prevalences both within as well as between the United Nations (UN) regions studied, although a decline of the BVD prevalences was observed in all UN regions in the past few decades.

This new information is especially valuable: in today’s globalized world, in which international trade in live animals is commonplace, it is essential to ensure that infectious diseases such as BVD are not transported across borders.

Eradication of BVDV is possible

The meta-analysis, the first such analysis of the prevalences of BVDV infections in the global cattle population, indicates that the variation in BVDV prevalences is due mainly to differences in the application of control and eradication programmes (including vaccination).

On average, countries which have implemented control programmes have a BVDV prevalence that is 1.5 times lower at the animal and herd level compared to countries without such measures. The measures are so effective that several countries, such as Sweden, Finland and Norway, have completely eradicated BVDV.

In other countries, for example, in Austria, BVD control programmes have been so successful that authorities have shifted their focus to spot checks.

Asked why not all countries have implemented a national BVD control programme, Beate Pinior from the Institute for Veterinary Public Health at Vetmeduni Vienna, who prepared the study together with a team of researchers from Vetmeduni Vienna, said: “There are several reasons. First of all, there is no international legal basis that prescribes BVDV control.

The eradication of BVDV is a lengthy process involving a high level of resource commitment. In many countries, the focus of animal disease control measures is on illnesses that can be transmitted to humans. These countries provide few funds for the targeted control of an animal disease without zoonotic potential.”

Beate Pinior: “The data presented here are especially significant for veterinary authorities, as they reveal the global BVDV distribution and the potential economic impact of the disease.”

The bovine viral diarrhoea virus (BVDV) causes a potentially lethal diarrhoeal illness in cattle, particularly in calves and young animals. A significant BVDV reservoir are persistently infected (PI) animals, which excrete large amounts of the virus throughout their lives but do not develop antibodies to BVDV.

“The infection of a pregnant cow with BVDV may result in the birth of a non-immunocompetent PI animal. These PI animals spread the infection,” says Pinior.

Meta-analysis covered 325 studies from around the world

About 1,300 employees and 2,300 students work on the campus in the north of Vienna which also houses five university clinics and various research sites. Outside of Vienna the university operates Teaching and Research Farms. The Vetmeduni Vienna plays in the global top league: in 2018, it occupies the excellent place 6 in the world-wide Shanghai University veterinary in the subject “Veterinary Science”. http://www.vetmeduni.ac.at